The home of Bollywood and chaotic crowds, a trip to Mumbai can be both confronting and sophisticated, depending on what you are doing and where you find yourself.

Drink in the colonial atmosphere, mingle with the crowds on the beachfront, eat curry and sip cocktails till the cows come home, and even take in a real-life slum – it’s all on offer in Mumbai. 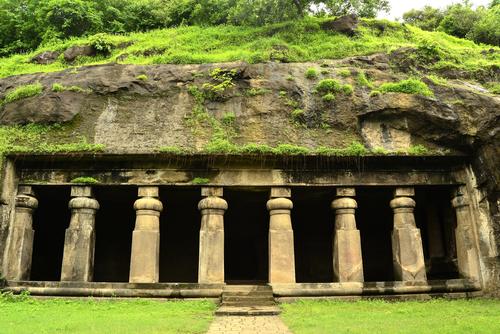 Start the day early at a remnant of the British Raj – the Gateway of India. This impressive stone archway was completed in 1924 and the last British troops to leave India marched through the arch before sailing home in 1947. Listen to the cawing of the crows and the cooing of the pigeons, take in the salty tang of the nearby Arabian Sea, and sip on a spicy masala tea bought from a street vendor.

Next, head out on the first boat to Elephanta Island. Boats leave from near the Gateway of India. The island is home to a World Heritage-listed labyrinth of cave temples, featuring impressive religious rock carvings dating from between AD 450 and 750. The scenic journey takes around an hour each way.

You should make it back for a late lunch near the Gateway of India, in the area known as Colaba. Eat chilli chicken and cheesecake at the historic Leopold Café & Bar, biryani and mutton curry at the Olympia Coffee House, or lobster bisque and risotto at upmarket Indigo.

An alternative is to head to the peaceful Iskcon Temple near Juhu Beach. It’s dedicated to Lord Krishna and has lovely architecture and beautiful paintings and engravings. Juhu Beach is known for its Mumbai-style street food, as well as its horse-drawn carriages, cricket matches, snake charmers and dancing monkeys. 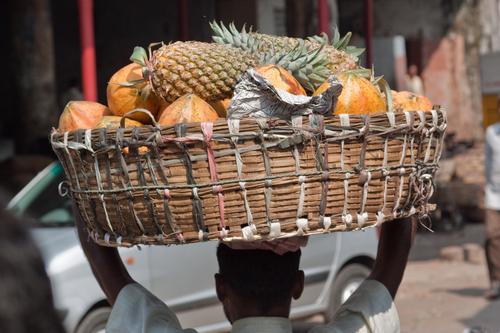 Join a guided tour of Mumbai’s markets this afternoon and wander through Crawford Market, the city’s main wholesale destination for fruit, vegetables and meat. Then it’s on to Mangaldas Market, to see where many of the locals buy their clothes and textiles, followed by a look at Flower Alley, the city’s biggest flower market. Added on is a visit to a Hindu temple, and then a sanctuary for more than 350 sacred cows. You get to feed them for good luck.

Another option is to thoughtfully skip lunch and explore the Dharavi slum with a guide. The slum, where around a million people live in basic shacks, is one of the biggest in Asia. Discover the largest outdoor laundry in the world, and a recycling area where metal and plastic from around the globe is sorted and processed. 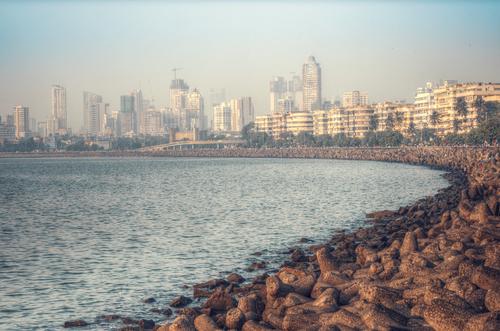 Mix with the sea of romancing couples, chatting friends, and stray dogs, on a stroll along the Marine Drive boulevard, and end up watching the sun dip down into the ocean from Chowpatty Beach. The perfect place to survey this bustling beachfront scene is from the Intercontinental Hotel’s open-air rooftop lounge and restaurant, Dome. Cool off with a beer or try a Bombay Sapphire cocktail, or maybe stay for dinner.

If you really want to get to know this part of Mumbai though, then sign up for a Street Food Tour, which starts at Chowpatty Beach. You get to try an array of Mumbai’s best vegetarian street food while watching the sunset, followed by a trip to the Muslim eating lanes for kebabs and curries.

Finish off the evening at AER, a chic rooftop bar on the 34th floor of the Four Seasons Hotel. It's great for networking drinks, with good cocktails and captivating views across the city.

Getting around and staying in Mumbai 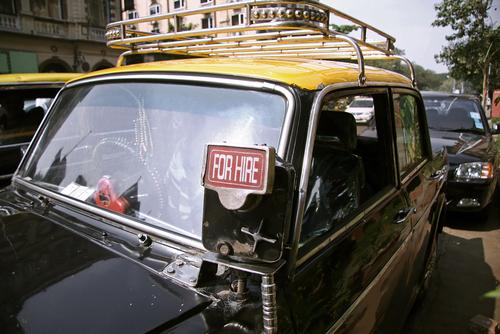 The best way to get around Mumbai is by taxi. They are fairly inexpensive, but make sure that the driver uses his meter. The train system is comprehensive, but trains are often crowded. Joining a tour takes away a lot of hassle.

For a colonial experience, stay in a sea-view room in the heritage wing of The Taj Mahal Palace. Other great business hotels include The Oberoi, Mumbai; the Sofitel Mumbai BKC; and, at the airport, the JW Marriott Mumbai Sahar. Luxurious Abode is more boutique.