Liquids, laptops and long lines: the tightening of airport security

Can you imagine travel back in the 1960s (or maybe you remember?): you'd waltz through the airport, cross the tarmac, board the plane and light up a cigarette, often without even showing your ticket. And not a metal detector or full-body scanner in sight.

Although this stress-free travel might sound idyllic, the lack of security made it far easier to hijack a plane for those who wanted to. Between 1968 and 1972, over 130 aeroplanes were hijacked in American airspace, sometimes at the rate of one or more per week. Something had to change. 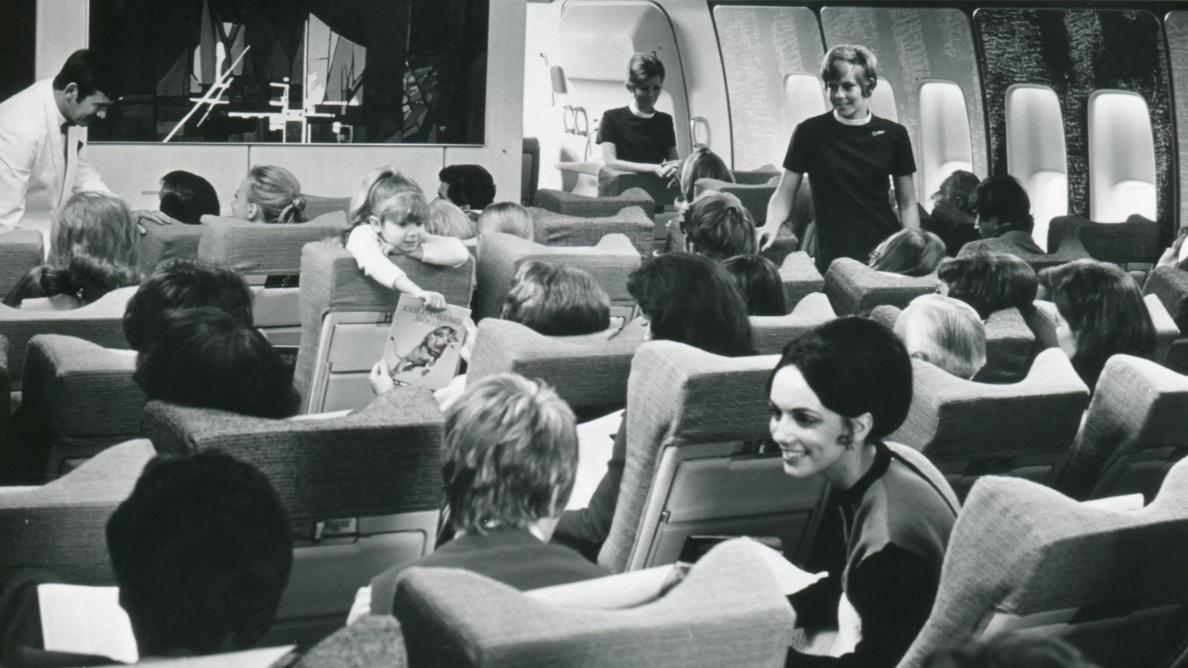 In 1970, no form of ID was required to board a plane. Airport staff would simply look at you and if you didn’t appear too shifty, you boarded. If you did have a dodgy look about you, you’d be sent through an electronic magnetometer, which detects metals. If you set off the magnetometer alarm you were frisked. But this was pretty rare.

On 10 November 1972, hijackers took over Southern Airways Flight 49 over Birmingham, Alabama, threatening to fly it into a nuclear reactor. As a result, the US Federal Aviation Administration (FAA) made it compulsory for all passengers to be screened with their carry-on bags before boarding a flight, and sniffer dogs were introduced to airports.

By August 1974, this rule had been amended so that all passengers at all US airports were required to go through metal detectors and x-ray machines with their carry-on bags.

The Lockerbie bombing of Pan Am Flight 103 over Scotland in 1988, which killed 270 people, tightened regulations even further, and US carriers began screening all baggage, including checked-in bags.

Air travel nasties in the Noughties

By 2000, many security systems were showing their age. Some x-ray machines had not been updated since the early 1970s, and security staff were often outsourced and underpaid, and therefore woefully inadequate. Passengers could arrive as late as 30 minutes before a flight, and their family could come with them right up to the gate. While carry-on baggage and metal items were x-rayed and went through a metal detector, checked items were only sporadically scanned. 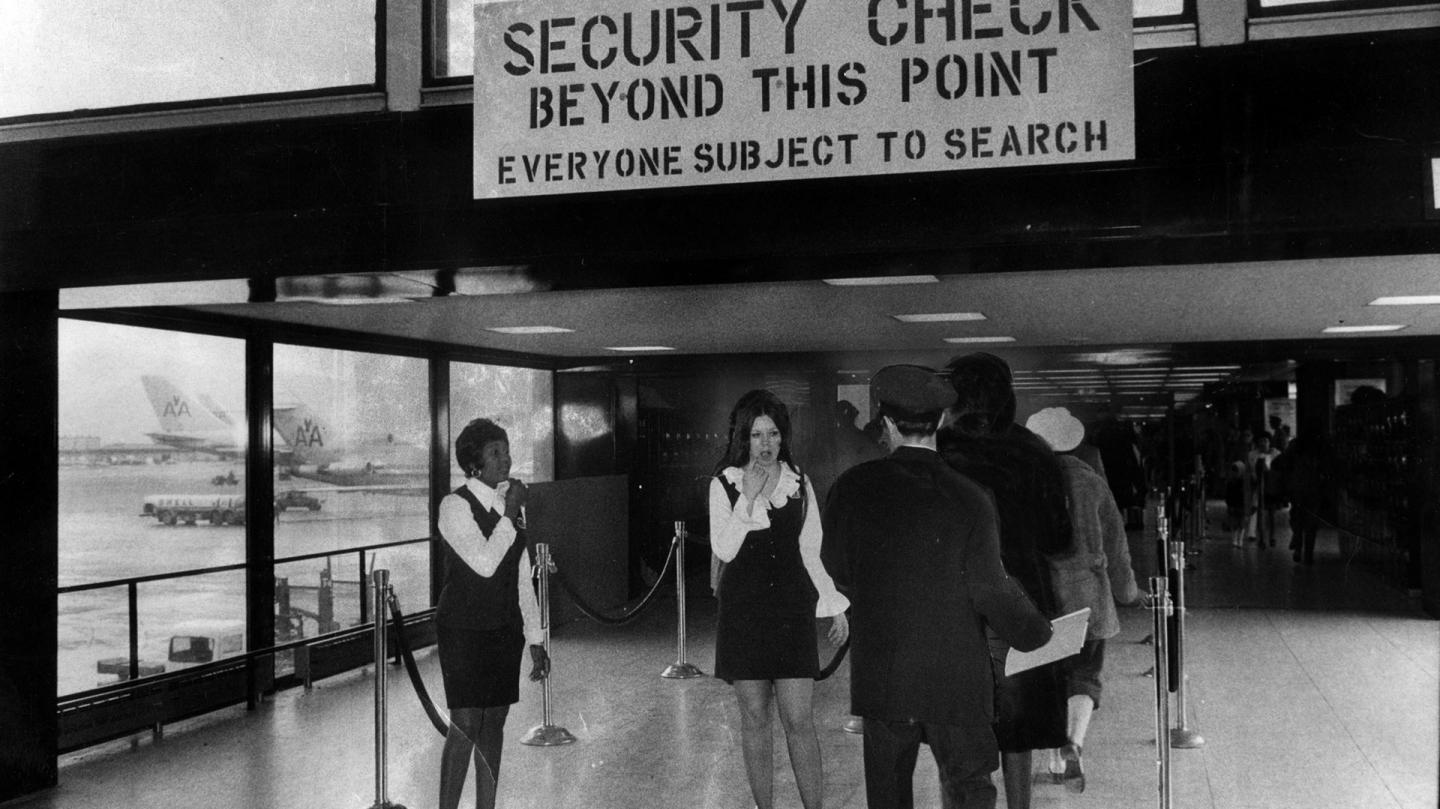 Nowadays it seems strange to think that you could ever take a knife on board a plane. It was only after the World Trade Centre attacks of 11 September 2001 that objects with a blade, including nail clippers, were banned from carry-on. Before then, you could take baseball bats, box cutters, darts, knitting needles, scissors and blades up to four inches long onto a plane. The attacks also led to the creation of the Transportation Security Administration (TSA) in the USA, and the ban on in-flight cockpit visits.

Later in 2001, Richard Reid tried to set light to explosives hidden in his shoes on board a flight from Paris to Miami. Consequently, the TSA starting randomly scanning shoes at security. In September 2004, coats and jackets had to be removed before security, even in winter weather. And those without boarding passes were banned from going through to the gates, putting an end to balloon and streamer-filled welcome home parties.

Later that year, butane lighters were banned in carry-on luggage, a rule which was extended to include all lighters in March 2005. Though ironically after many countries began enforcing smoking bans in public places, rules for boarding aircraft have relaxed a little. Today you are allowed to take one lighter onto a plane, as long as you keep it on your person.

On 10 August 2006, a plot to blow up planes with liquid explosives was foiled and all liquids, gels and aerosols were banned from flights later that very day. This included pens, soft drinks and snow globes. Breast milk was allowed but it had to be tasted by the passenger in front of the security official. 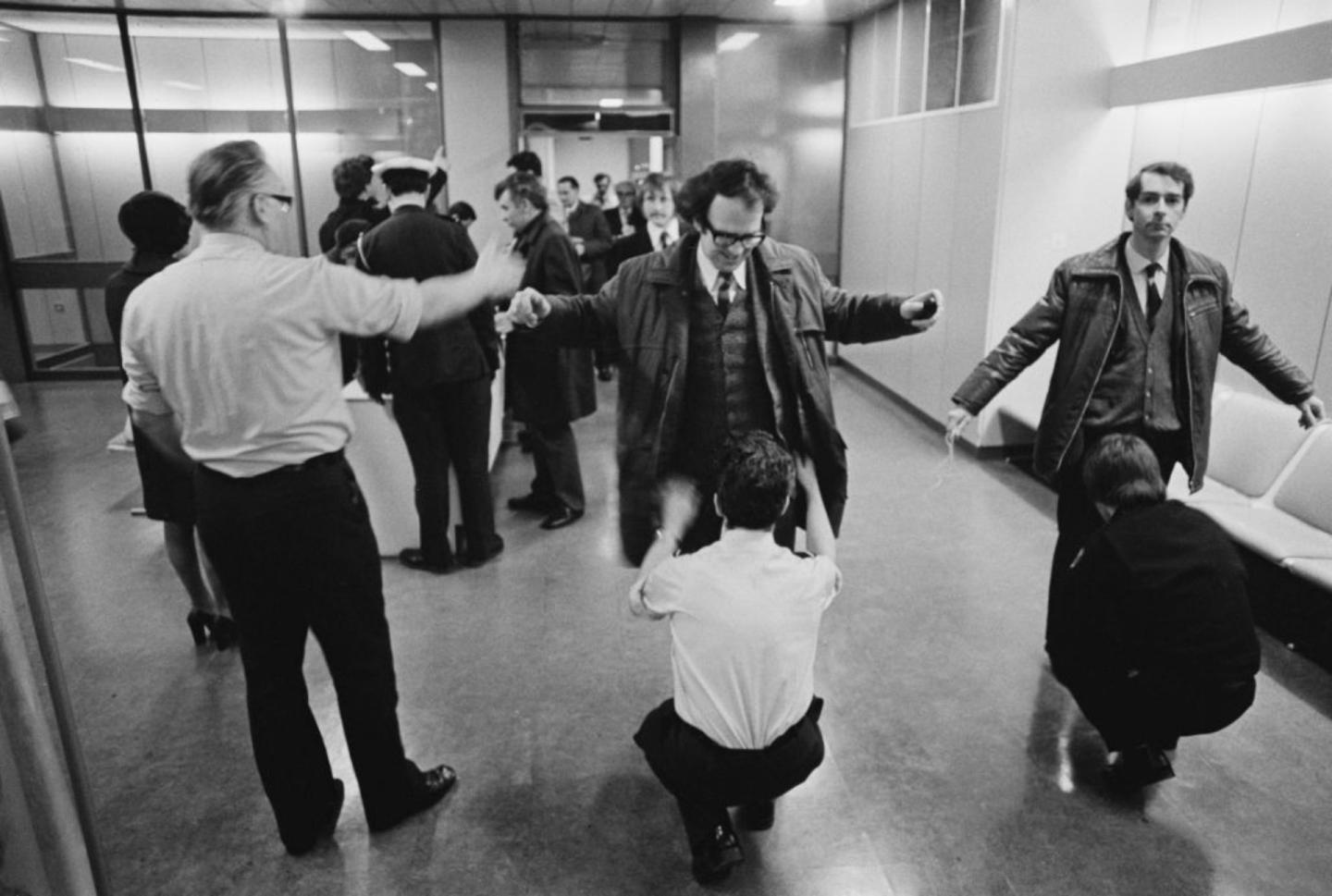 After the predictable chaos and delays resulting from these strict regulations, the ban was eased slightly three months later to allow liquids to be taken aboard a plane - but in 100ml measures only. And these liquids had to all fit in one clear, resealable plastic bag per passenger. The rule, which includes soup, jam, lotions, oil, printer cartridges and toothpaste (see the full list of liquids here), is still in place today.

In December 2009, after a passenger on board Northwest Flight 253 tried to blow up the plane using a bomb hidden in his underwear, the TSA called for the use of full-body scanners. These came into force a year later, when controversial advanced imaging technology was introduced, showing security guards what was essentially a nude picture of each passenger. This indignity was followed up by an aggressive pat down policy, whereby anyone refusing a full-body scan would be frisked, with touching allowed on inner thighs, buttocks and breasts. 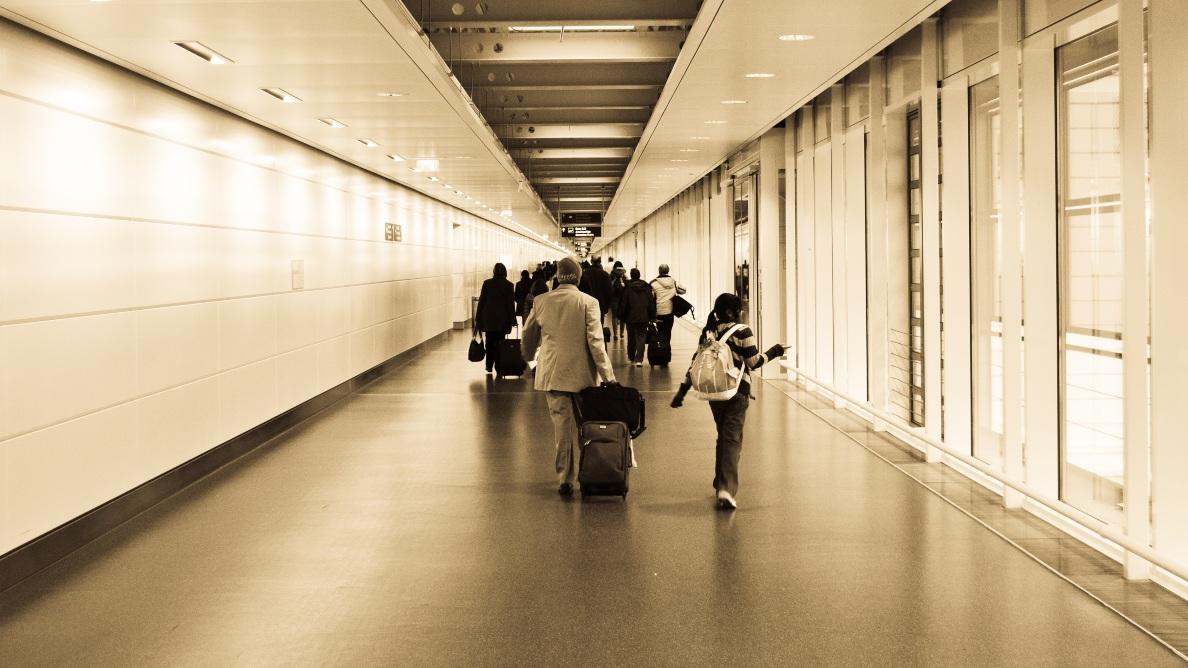 By 2013, airport rules were tightened further. ID became essential, as was a boarding pass. Shoes and outer clothing had to be removed at security, and any passenger setting off the metal detectors (even for belts and bra underwires) was made to go through a millimetre-wave scanning device - although the near-naked images had been toned down a bit.

Sharp implements were banned entirely, and liquids still couldn’t be carried in measures of more than 100ml. In a change of heart, the TSA briefly allowed blades under three inches onto planes, although they promptly reversed the decision.

Fears of explosives hidden in mobile phones led to electronic devices that could not be turned on being confiscated by the TSA in 2014. And in March 2017, laptops and large electronic gadgets were banned on flights from certain Middle Eastern countries, although this rule was later relaxed and replaced with more stringent security checks before boarding. 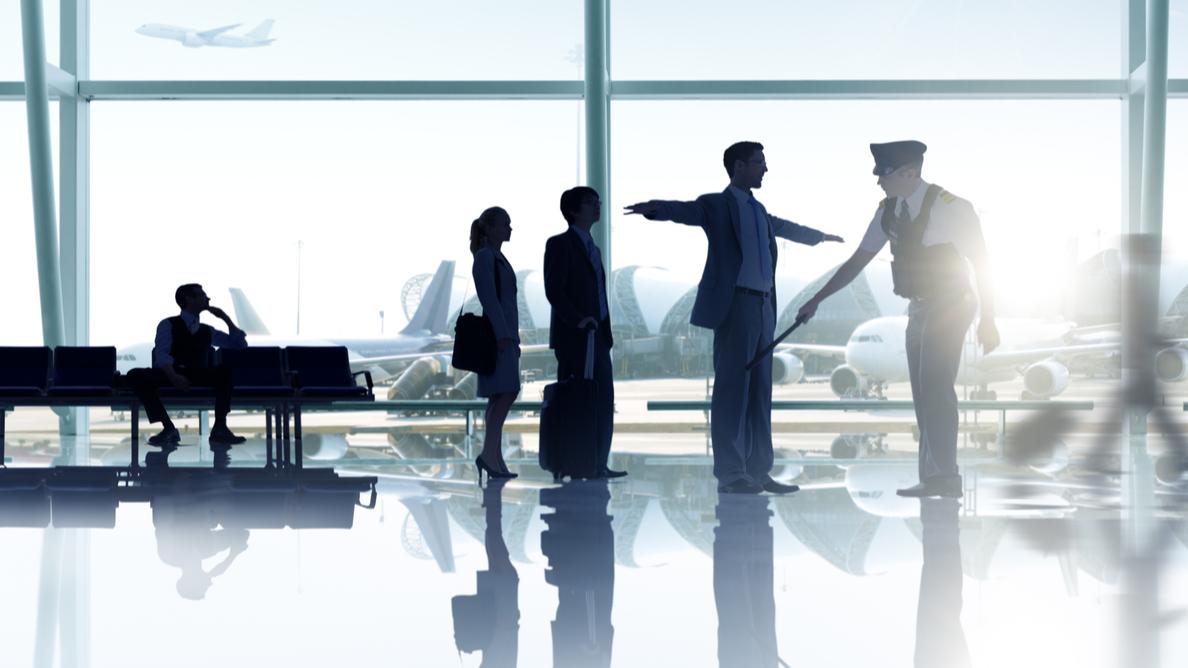 Know your liquid limits to beat the lines

By now most travellers, both business and leisure, know it’s essential to allow plenty of time at the airport. With good reason, most of the strict rules above are still in place, leading to the long lines at security that we deal with (and moan about) every single time we fly.

An exciting development at London Heathrow could mean the lines move a little quicker though. Passengers travelling through the UK’s busiest airport will soon be able to keep their liquids and laptops inside their bags once new security equipment is installed.

The airport is investing £50million in computer tomography (CT) security scanners, to be rolled out over the next three years, which will be capable of providing a clear picture of a bag’s contents. The technology is already being used in the US, at Atlanta’s Hartsfield-Jackson airport and Chicago’s O’Hare. The American TSA hopes to deploy 300 of the scanners by 2020, the same date Heathrow plans to complete rollout of the machines. 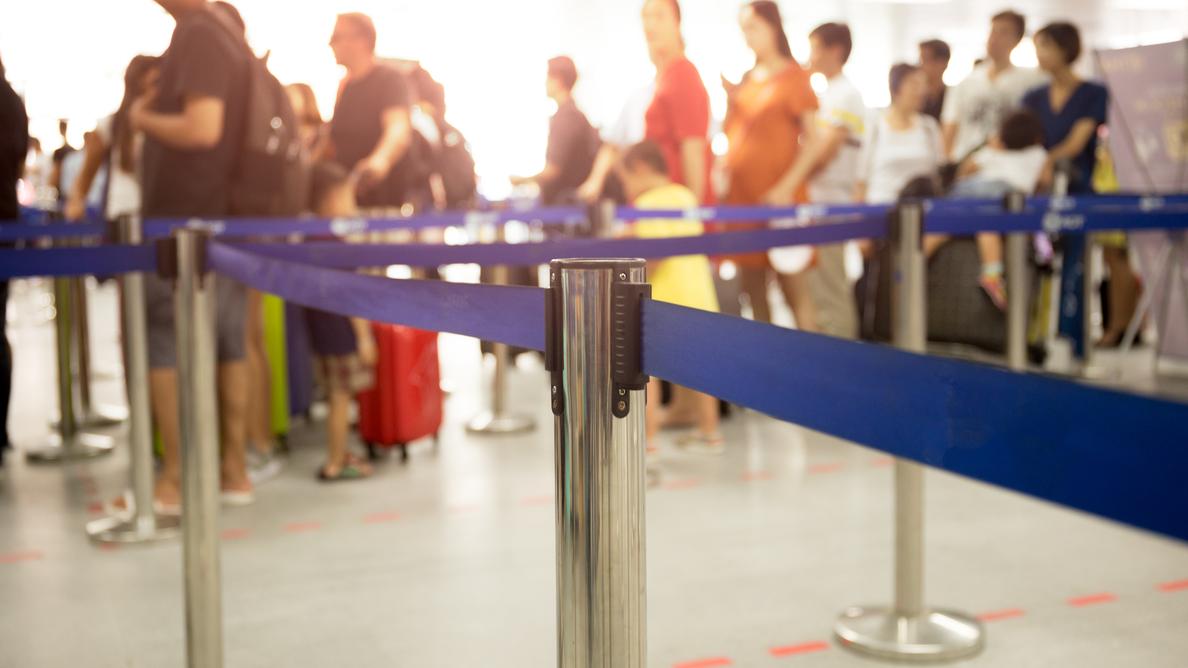 The 100ml restriction will remain after the introduction of the new scanners, but passengers will be able to leave their liquids in their bags, cutting down on plastic usage (which bodes well for the travel industry’s shift to a greener, more sustainable future), and most importantly, saving time.

Heathrow chief operations officer Chris Garton sums up the change: “This cutting-edge kit will not only keep the airport safe with the latest technology, but will mean that our future passengers can keep their focus on getting on with their journeys and less time preparing for security screening.”

Fancy some more? Here are some articles you may like... 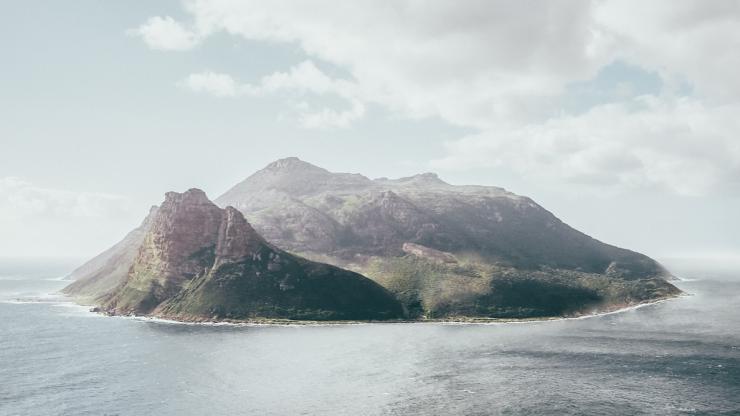 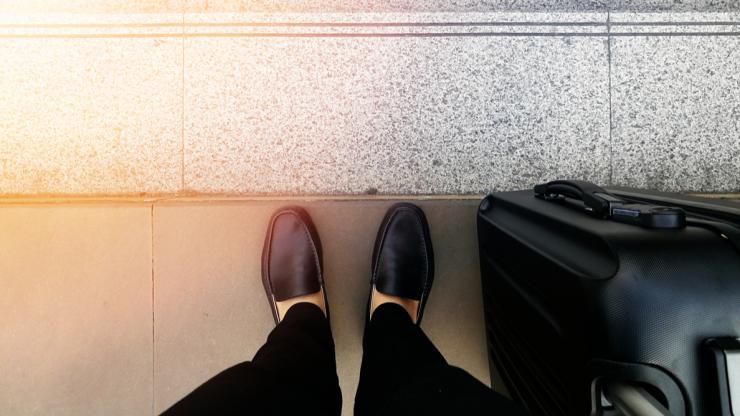 Behavioural economics and your travel programme 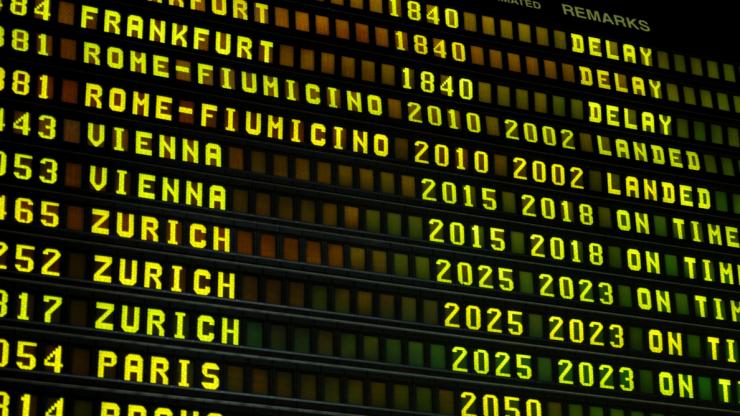 Pilot strikes could cause delays and cancellations for thousands of British Airways’ travellers over the summer, after the airline lost a High Court bid for an injunction against the proposed industrial action. Read the full story now.
Read more about British Airways’ pilots proposed strike could cause travel chaos