Closing the gender gap: male and female business travellers are not so different after all

Emerging economies such as Africa are leading the way when it comes to transforming the workplace. Seventy-five per cent of businesses around the world have at least one woman on their senior management teams. In Africa this number rises to an impressive 89%.

As a result, we see a lot more women in travel. Nearly two-thirds of all travellers today are women, with women making 80% of all travel decisions . That means 670 million women around the world control $15 trillion in spending power, making female travellers a market twice the size of China and India’s markets combined.

Although a lot has been said about the differences between men and women in corporate travel, the reality is that male and female business travellers are probably more similar, more homogeneous, than ever before.

This is according to a recent report, ‘Women in Business Travel’, published by FCM Travel Solutions in the UK, which shows that barring a few exceptions, the tastes and habits of female and male business travellers are mostly the same.

Both genders also dislike the same aspects of business travel. Top of the list is being away from family or partner (72 per cent), followed by disruption to work, (38 per cent) and disliking having to travel alone (14 per cent).

Men and women share the same frustrations when it comes to flying. Time spent waiting and queuing at airport are female travellers’ biggest bug-bears, compared to delays and cancellations for men.

“Although the report is based on findings in the UK, we can see very similar trends in South Africa. With just a few exceptions, the tastes and habits of both male and female business travellers are much the same,” says Nicole Adonis, South Africa General Manager, FCM Travel Solutions. 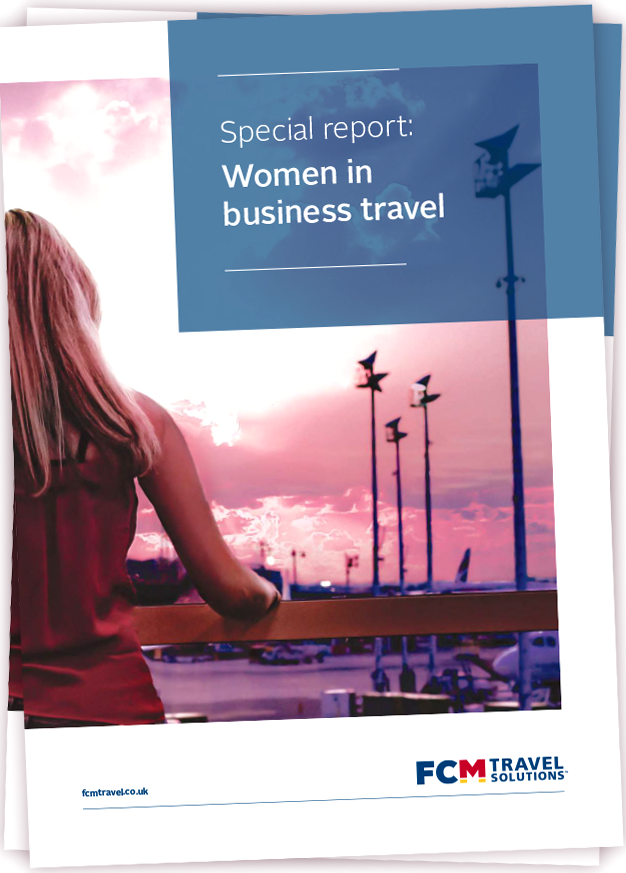 During summer 2018, FCM UK carried out its first Big Business Travel Survey among its business travel clients. Respondents' roles and backgrounds were varied; from senior management to sales, administration and support. The survey set out to find out and compare attitudes towards business travel among male and female travellers - some of the results may surprise you...

Download our free report ‘Women in Business Travel’ to find out more.