Six African countries have been moved to the UK's travel red list amidst an investigation into a new COVID-19 variant.

On midday 26th November, South Africa, Botswana, Lesotho, Eswatini, Zimbabwe and Namibia will be added to the red list and direct flights banned. British and Irish nationals arriving from these countries or who have been in one of them within the last 10 days must now follow the below rules.

Arriving between midday Friday 26th and 4am Sunday 28th November: Quarantine at home for 10 days and take NHS PCR tests on day 2 and day 8, even if you already have a lateral flow test booked.

Arriving after 4am Sunday 28th November: Book and pay for a government-approved hotel quarantine for 10 days.

Non-UK and Irish residents who have been in one of these countries in the last 10 days will be refused entry.

The remaining seven countries on the government’s travel red list will be removed as of 4am, 1st November 2021.

Colombia, Dominican Republic, Ecuador, Haiti, Panama, Peru and Venezuela have been taken off the list, meaning travellers arriving in the UK from these countries will no longer need to quarantine.

While there are now no countries on the red list, the system has not been scrapped completely, meaning countries can be added or readded in the future.

US to lift travel restrictions on 8th November

The US will open its borders to fully vaccinated travellers on 8th November. The new rules apply to the UK, Ireland, Schengen countries, Brazil, China, India, Iran and South Africa.

Travellers will have to show proof of a negative test in the 72 hours before travelling to enter.

This is a watershed moment for the safe return of trans-atlantic travel. The US will also relax its land borders with Canada and Mexico in November for fully vaccinated travellers.

Fully vaccinated travellers arriving in England from non-red countries can take a lateral flow test from 24th October, instead of a PCR test.

The lateral flow test must be taken on or before day 2 of arriving in England. Lateral flow tests are cheaper than PCR tests and will be available to buy from 22nd October, when a list of approved private providers will be posted on the UK government website.

Travellers will need to take a photo of their lateral flow test and booking reference supplied by the private provider and send it back to them to verify the result.

Anyone who has already bought a PCR test will not need to buy another test.

Unvaccinated travellers arriving from a non-red list country will still need to take a PCR test on day 2 and quarantine for 10 days at home.

UK Transport Secretary Grant Shapps has announced major changes for the red list for international travel. From Monday 11th October just 7 countries will remain on the red list; with the other 47 destinations moving to the non-red list.

Additionally from 11th October the UK will recognise fully-vaccinated travellers as eligible from more than 37 new countries and territories including Brazil, Ghana, Hong Kong, India, South Africa and Turkey. These travellers will be treated the same as UK vaccinated passengers, so long as they have not visited a red list country in the 10 days before arriving in the UK.

Later in October the day 2 PCR test requirement is to be replaced with a lateral flow test. Those taking postal tests will be able to send a picture of their tests as a minimum requirement to verify the test result.

Two travel lists and no pre-departure tests. The new travel rules are here. Read up on what you need to do now for business trips here.

US relaxes travel for vaccinated travellers

UK and European double-vaccinated travellers will be able to enter the US from November onwards.

All foreign travellers entering the US will need to prove they have been vaccinated before boarding and will also need proof of a negative COVID-19 test taken within three days of the flight. They will also have to undergo contact tracing.

Under the new rules, fully vaccinated passengers will not be required to quarantine.

Rules have also been relaxed for non-US citizens who have been in the China, India, South Africa, Iran and Brazil within the last 14 days.

From Monday 4th October, there will be a new international travel system. Instead of the traffic light system with three red, amber and green categories, countries will either sit in a red list or another 'rest of the world' list that will have simplified rules. The two lists will still be reviewed every three weeks.

Transport Secretary Grant Shapps also announced that from 4th October, if you are double vaccinated you won’t need a pre-departure test before arriving into England and Northern Ireland from a non-red country.

Rules depend on whether a passenger is recognised by the UK government as being fully vaccinated or unvaccinated. This list was updated to approximately 50 countries - find more detail here.

Those considered unvaccinated and arriving from non-red countries will still need to take a pre-departure test, self-isolate for 10 days and take tests on day 2 and 8 when arriving in England. Test to Release remains in place too.

From later in October, the day 2 PCR test requirement will be replaced with a cheaper lateral flow test. Even if travellers change flights on the way to the UK, they will be allowed to follow the measures associated with the country of departure, not the country of transit.

Scotland has stated they have no plans to change inbound testing requirements. Wales is changing to the two-list system but is still looking into the other changes.

Remember, these announcements only cover what happens to arrive back into England and Northern Ireland. You must still check the entry requirements and travel rules for the country you're visiting.

In addition, eight countries come off the red list on Wednesday 22nd September at 4am. These are: 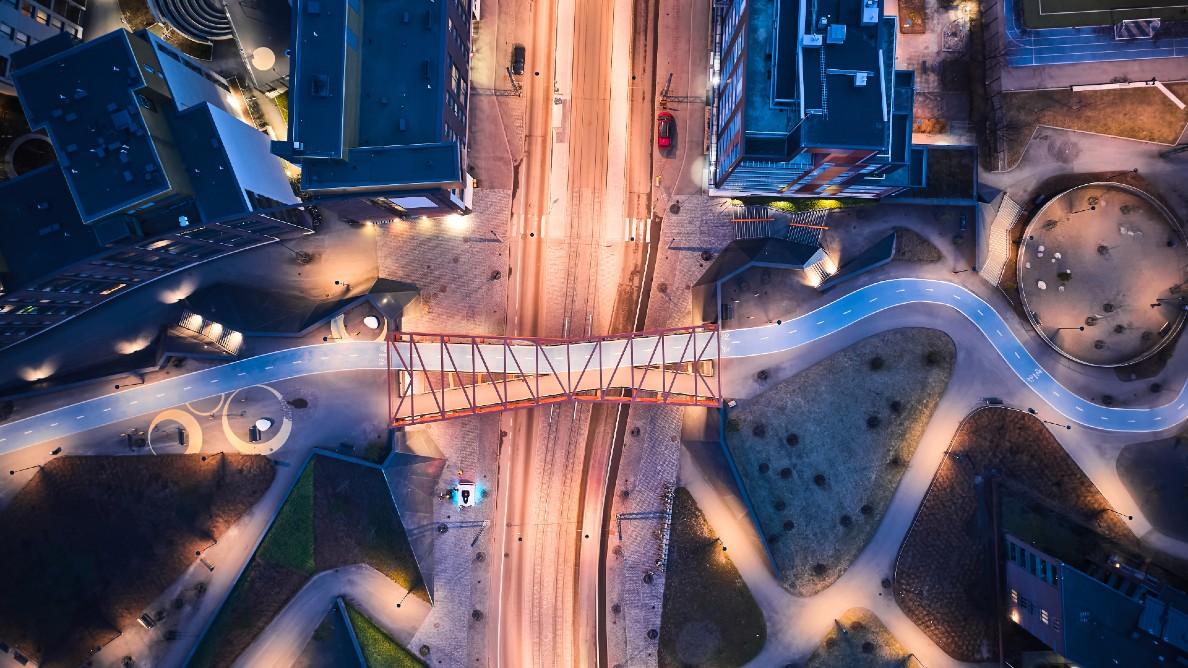 From 4am, Monday 30th August these changes come into effect:

An expanded green list reflects the momentum of the vaccine rollout across Europe with an additional seven countries making the move to green.

From a transatlantic perspective it's welcome news that Canada will be added to the green list, coinciding with the opening of Canadian borders on 7th September to fully vaccinated travellers. This change will drive an increase in transatlantic business travel, now keeping our eyes on the US following suit down the line.

A reminder that the UK traffic light system determines the rules that must be followed to enter the UK. For outbound travel and the regulations for specific countries please refer to the FCTG Travel News Hub or speak with your FCM team. The next traffic light update is expected in three weeks time, on or around 16th September.

Please ensure you check the most up to date requirements for both your destination and re-entry to the UK before you travel.

The UK government has made a late-night announcement to the traffic light system. With countries moving to the green and amber list, it has opened up some European business destinations and travel hubs in the Middle East, particularly for those wanting to fly with Emirates, Qatar Airways and Etihad.

The announcement is expected to stimulate a welcome return to international business travel as the global vaccination rollout continues. 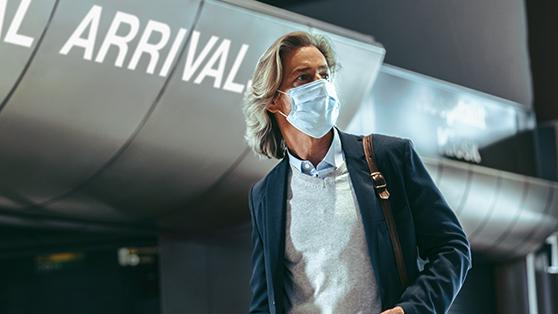 Changes for fully vaccinated travellers coming into the UK

The UK government has today announced that from 04.00 (BST) on Monday 02 August 2021, passengers travelling from both the US and European countries, who are fully COVID-19 vaccinated, will not be required to quarantine when arriving in England.

The UK transport secretary has confirmed that the changes will apply to those fully vaccinated with an FDA or EMA-approved vaccine.

A pre-departure test taken prior to arrival will still be required, in addition to taking a PCR test on or before day two after arrival in England.

This a hugely positive step forwards, as currently only passengers travelling from amber list countries (excluding France) who have received their vaccinations in the UK are able to avoid quarantine on arrival in England. This new measure means that passengers who have been vaccinated outside of the UK will also be eligible.

The Secretary of State for Transport released new rules for people returning from amber list countries to the UK.

From 19th July, adult UK residents that have been fully vaccinated, plus 14 days with an NHS administered vaccine, will be able to return to England from an amber list country without the need to quarantine. As previously, they will still need to take a test before they enter the UK, and a PCR test on or before day 2. However they will not need to take a day 8 test.

From 19th July, it has also been confirmed that the cautionary guidance on not travelling to amber list countries will be removed. This will facilitate and encourage travel for business and leisure travel.

These changes will go some way to further opening up travel for our customers and the removal of quarantine for those arriving from amber list countries is very welcome. Some testing still remains and FCM is working with a variety of trusted testing suppliers who can facilitate tests for customers.

Hi, I'm Sam, can I help you find what you're looking for?