With a 300-year heritage, RSA is a multinational quoted insurance group. RSA operates three core business segments: Canada, Scandinavia and UK & International; and has the capability to write business in over 100 countries. RSA has around 12,600 employees with net written premiums of £6.7 billion in 2017. RSA’s incumbent travel management company had been in place for eight years, however, the service provided had become inconsistent and technology solutions needed upgrading. RSA’s Procurement Team own the travel category and directly manage the operational travel activities. They felt a complete review of the group’s travel programme, level of service required and technology needs was the best way forwards.

RSA Canada and Scandinavia were not at a stage to review the travel process, but RSA’s Group Corporate Centre, UK and Ireland were in scope to be reviewed.

A dedicated team of six FCM consultants, based in FCM’s Birmingham office, look after RSA’s GCC, UK & Ireland’s travel requirements personally on a day to day basis by phone and email. The team is led by Dominic Hall handles travel for the following different areas of RSA’s business:

In addition, a VIP consultant works closely with the CEO and CFO’s EAs handling these travellers’ bespoke travel needs.

The team also has a dedicated RSA business travel email inbox. Any general queries from bookers or travellers (for example if they are having difficulties logging into their account, or have a question about expense allowances, or an issue with a credit card not working properly) are sent to this mailbox and the FCM consultants answer each query personally. This initiative has eased the Procurement Department’s workload significantly as the FCM team have taken over responsibility for handling internal travel queries. With the introduction of FCM these queries have naturally reduced as the TMC service has improved and the card queries have relocated to the RSA finance team.

FCM implemented its Seeqa online booking tool which gives travellers and bookers access to unparalleled functionality as it aggregates GDS, non-GDS and FCM’s proprietary content. Over 900 settings mean Seeqa can be configured according to RSA’s preferred suppliers and travel policies. Recurring flights and hotels can be ‘speedbooked’ in under 30 seconds.

Training RSA’s PA and EA travel bookers to use Seeqa took place in June 2018 and involved a series of roadshows at seven RSA offices across the country. Hayley France, FCM Account Manager, Dominic Hall, Ops Team Leader and Johnny Palmer, FCM’s online training specialist spent a full day in a number of RSA office locations introducing RSA staff to FCM and conducting training sessions. They also organised an intense programme of seven Webex sessions for travellers and bookers who had been unable to attend a roadshow.

Pre-approval is now automated within Seeqa giving RSA’s bookers and traveller easy access to clear and simple processes for seeking authorisation to travel. Approval is based on rate caps for hotels and flights in accordance with RSA’s travel policy. Initially, RSA wanted approval to be given at Executive Level for all travel requests. However during implementation, when FCM piloted Seeqa, it became evident that this level of approval would be too demanding and time consuming. A week before go-live, the decision was taken to bring approval back to Line Manager level. Despite the challenge of making this change within Seeqa at short notice, the FCM team and the RSA project team implemented the new approval process within a week.

“Feedback from RSA staff following the roadshows was really good and they were particularly impressed with the training given by Johnny who they described as ‘brilliant’. The roadshows also gave travellers and bookers the opportunity to flag up any changes they felt were needed within Seeqa and we were able to respond quickly and ask our IT people to make those changes. There are always a few teething problems when implementing an OBT, but despite some initial challenges, Seeqa is proving to be a great online tool for RSA and adoption rates are excellent.”

FCM Account Manager, Hayley France, has taken on a much greater role, in effect becoming an ‘implant’ Account Manager in order to provide greater internal support and communications, taking over tasks previously handled by the Procurement Department. In addition to FCM’s usual account management services, Hayley has assumed responsibility for managing RSA’s intranet travel page and posts regular travel updates on Yammer. She also oversees internal travel communications, visits RSA’s head office as well as other locations around the country frequently and has an RSA email address to support the client with advice and answering questions.

“We needed more support from our TMC in terms of taking over some of the business travel tasks and responsibilities that had been handled by Procurement. At the end of the day we are not travel experts, so having Hayley as an ‘implant’ Account Manager and the support of the offline FCM team who has access to our systems, is part of our culture and a focal point for business travel in RSA, this has made a big difference,” says Sarah Morrison, Procurement Category Manager, RSA.

FCM also implemented ‘HUB’, which gives RSA’s travel managers, bookers and travellers access to multiple tools and travel resources via a user-friendly dashboard style portal interface. HUB is the gateway not only to FCM Connect, our suite of innovative technology tools (from pre-trip approval and booking in Seeqa, to traveller tracking and reporting) but also all things travel related such as RSA’s travel and expense policies, and health and safety guidelines.

“RSA really like the fact that they now have a proper travel portal in the shape of HUB which gives them everything travel-related in one place. For example, we also host links to Trainline for rail bookings and Enterprise for car hire within HUB. Previously the client’s travel booking tools and resources were disconnected and any information relating to business travel guidelines was spread across the internal intranet,” says Hayley France, FCM Account Manager. 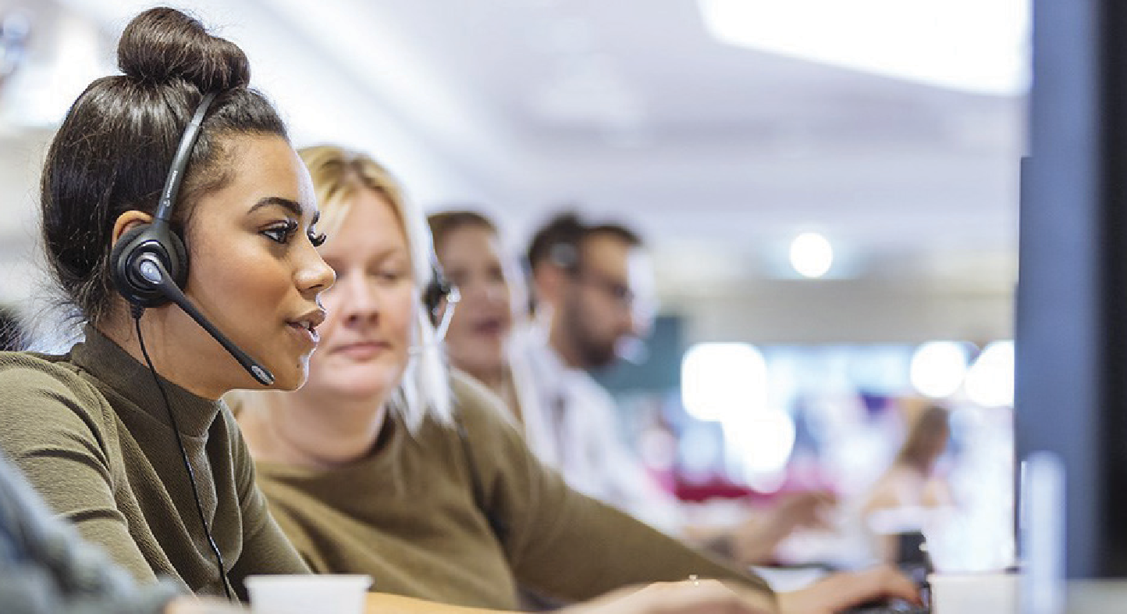 “We are very happy with the level of engagement and service that FCM is now providing. Our bookers and travellers can contact Dom and the FCM team any time that they need help. FCM has also helped us to make conscious choices around approval processes, introduction of rate caps and better integration of technology, enabling us to future proof our entire travel programme. During implementation, they did an excellent job of training our staff to use the online booking tool and getting all our EAs and PAs on board with FCM as our new TMC. Introduction of HUB as our own travel portal means that everything is integrated in one place include rail, car hire and other services. We can also make better business decisions as a result of the proactive provision of data and MI available to us via HUB.” 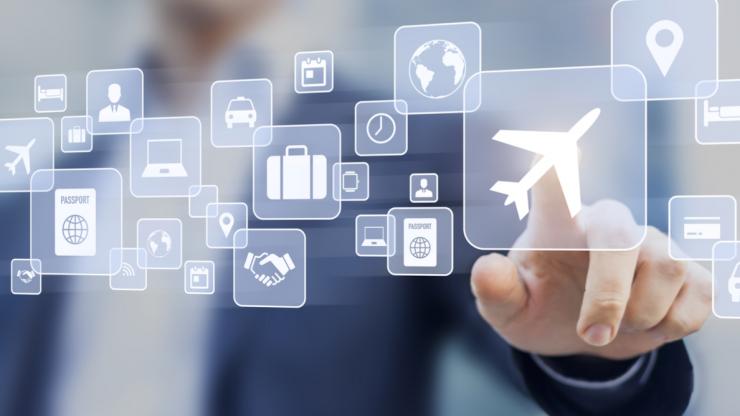 White Paper: All about NDC

NDC allows airlines to distribute their content in real-time, and sets a standard for the APIs available to TMCs, travel agents, travel aggregators and corporates. But what does it mean for you?
Read more about White Paper: All about NDC 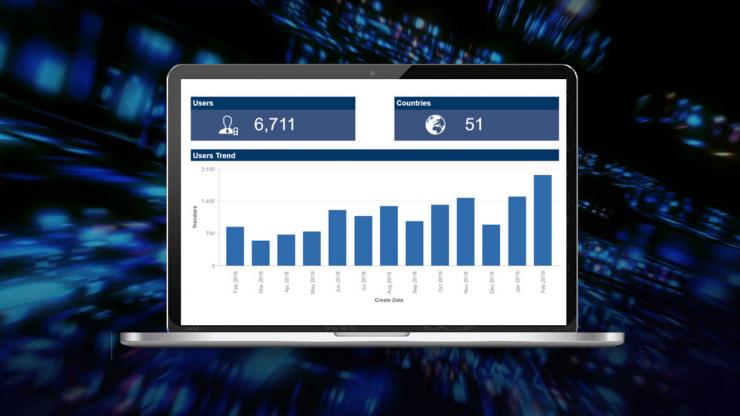 Read more about FCM's business travel data services: Data Snapshots, Programme Engagement Analytics, Traveller Impact Analysis and Customisation. Having these services in your arsenal will give you the insights you need to make informed choices regarding your corporate travel programme.
Read more about Using FCM's business travel reporting services