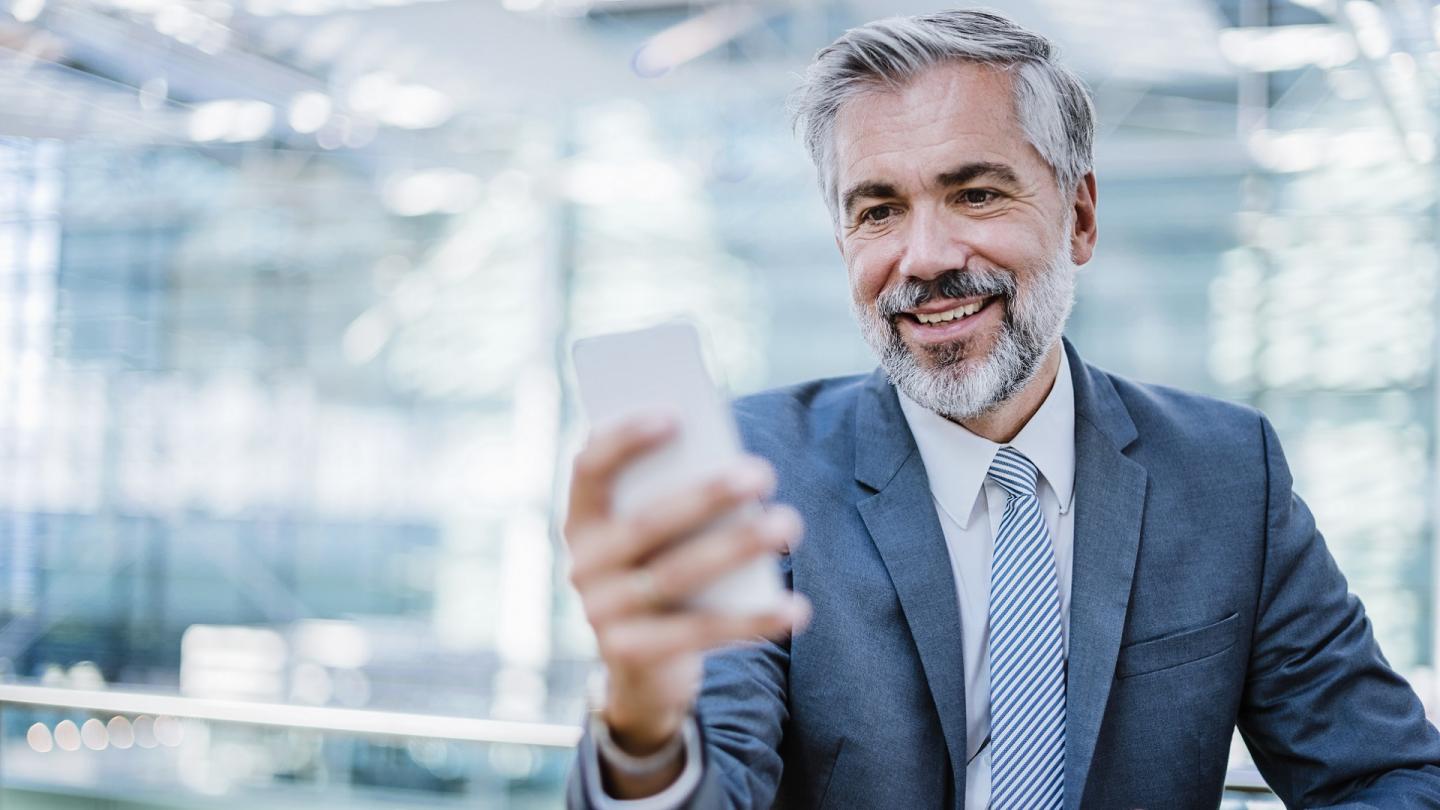 In 2011, Time magazine declared the sharing economy one of “10 ideas that will change the world”. In 2019, there are few business people who would dispute this claim, and the statistics prove the overwhelming majority of consumers are clearly supporting the industry. Far from a short-term trend, the sharing economy continues to grow as our digital connectedness makes it easier to access, share and book these goods and services.

The sharing economy - also known as the ‘peer-to-peer economy’ and ‘collaborative consumption’ - is defined by two key elements. Firstly, an online platform that connects buyers with sellers or a service provider and secondly, the fact that the seller or service provider is not an employee of the platform, but simply uses it to connect to buyers.

To access the sharing economy, new apps are constantly being developed around the world, offering to connect consumers with accommodation, ride-share services, work spaces and even someone to build your flat pack office furniture.

In simple terms, the sharing economy is based on the concept of ‘what’s mine is yours’, with customers paying for access rather than ownership.

From a travel perspective, the sharing economy has been responsible for one of the industry’s biggest shake-ups, impacting international, domestic business and leisure travellers. The most successful disruptors to date - Uber and Airbnb - have become household names around the globe and other suppliers are constantly emerging to challenge the status quo.

Research conducted in May 2017 by Amadeus (in collaboration with YouGov) entitled Journey of Me Insights: What Asia Pacific travellers want, reported that in APAC more than 65% of respondents have used sharing economy apps and services, either for getting around (75%) or for accommodation (68%) during a trip. Interestingly, business travellers are more likely to use ridesharing apps (49%) than leisure travellers (31%), as well as accommodation apps 38% for business travellers versus 27% for leisure travellers.

These figures highlight there could well be the need for Travel Management Companies (TMCs) to embrace these new service providers if they are to offer today’s business traveller a true end-to-end travel program. Corporates now more than ever are looking for seamless travel programs, indicating TMCs may well need to expand their travel management services to incorporate all travel options, including traditional (air, car and hotel) as well sharing economy providers.

With its growing choice and diversity, direct access to products/services, and tangible cost benefits, the sharing economy is influencing the way organisations are working and travelling. These sharing platforms are changing the dynamics of not just the accommodation and ground transport sectors, but a wide range of services being adopted by businesses.

After starting operation in America in 2010, the success of Uber has inspired the launch of a large number of ride-sharing services. Multiple entrants have emerged across the globe, including Shofer, Taxify, GoCatch, Shebah, Lyft, Curb, DiDi, Grab and Ola.

Uber for Business was launched in 2014, offering companies a centralised billing platform, travel dashboard, detailed reporting and highly competitive uberXfares. Uber has become the single biggest sharing economy start up, with a market valuation reaching as high as USD71 billion in 2016, which is more than the 100-year-old companies of Ford and General Motors.

The January 2017 GBTA Business Traveler Sentiment Index™, reported that ride-sharing services were allowed by 50% of corporate travel policies, a climb from 44% in June 2016. Additionally, ridership among business travellers increased 21%.

For those who prefer to ride, share bike and electric scooter schemes have been popping up in cities around the world, including New Zealand.

The motorised scooters and bikes are ideal for shorter commuting distances, including from the train station to the office or to attend a CBD meeting. Apart from providing an environmentally friendly alternative to cars, these nimble modes of transport are affordable, convenient and can avoid inner city traffic congestion.

In most cases, such as with Lime scooters, the user is charged a booking fee via an app and then they pay for each minute they ride. Lime scooters are a familiar sight in Auckland and Christchurch - and a number of countries have seen the launch of the Lime Business Network. This service provides companies and their staff with Lime’s GPS-enabled smart mobility vehicles as an employment perk, while encouraging them to use Lime for their meetings and daily commute.

Private and council-run shared bike schemes have also sprung up around the country with varying degrees of success, but they don’t seem to have the same public appeal as eScooters.

Apart from Airbnb, being the largest, other popular options include Couch Surfing, Homestay and Turnkey. As a result, home-sharing services are increasingly being officially permitted by more companies - with figures up from 20% in June 2016, to 30% in January 2017. Airbnb currently dominates the market and is building on its popularity with business travellers to promote their properties for corporate team experiences, offsite meetings and for relocating employees.

Tapping into this demand, Qantas entered into a partnership agreement with Airbnb as early as 2016 to incorporate spend on the sharing economy platform to points/air miles on its loyalty program.

Business travellers have been well catered for in airport locations for some time with workspaces available through Qantas and Virgin Australia lounges. But beyond the airport business travellers now have a wealth of choices through platforms including Servcorp and Space Workspace.

Business travellers visiting another city for a few days, or a longer-term contract, can book a desk or a meeting space via their phone with real-time availability and prices. These spaces enable corporates to reduce operational costs and share resources - all without the commitment of a lease contract. Plus businesses can also list their own free space to rent to other workers.

With the ‘long, liquid business lunch’ fast becoming a thing of the past for the new generation of health and time-conscious millennials, options for ‘eating in’ are being happily embraced by corporates. Time-poor employees choosing a ‘working lunch’ are also driving the demand for restaurant meals delivered to your office.

Just two years after its 2016 launch, Uber Eats became the largest food delivery service in New Zealand in 2018. Another platform that has been launched to meet the demand from both families and office workers is Menulog.

In November 2018, Uber launched its new Eats for Business service in the United States. The service is aimed directly at businesses. Eats for business meets the needs of employees working late or team lunch meetings - while flexible controls let a company geofence the delivery location to the office address and set the policy so it only works after 7pm on weeknights. The service also provides the company with detailed reporting features and centralised billing.

Travelling employees are also embracing the likes of Uber Eats to add variety to often limited hotel rooms service menus and for when they arrive late at night and room service may not be available.

In late 2018 Uber Eats played down a report that they would soon start using drones to deliver food in the US. However according to The Wall Street Journal, Uber is hoping to make delivery drones functional this year (2019) and commercially operational in multiple markets by 2021.

The sharing economy and corporate travel

Various travel industry studies into impacts of the sharing economy on the corporate travel sector are highlighting the demand for and useage of shared goods and services is rising.

Within the sharing economy, travellers will continue to see more brands adapt their offerings to the needs of business travel. Uber and Airbnb, for example, are already offering services such as direct billing, reporting data, integrated expense management, and integration with airlines (i.e. in the US, Uber is partnering with selected airlines to allow travellers to book ground transport within the same app). Eats for Business is offering business travellers convenience, variety and greater control while they are away from home, increasing traveller satisfaction and wellbeing.

In response to the growth of the sharing economy, hotels will continue to use more aggressive marketing strategies such as dedicated member loyalty rates, bonus points, status matching and partnerships with associated businesses to secure bookings. They will focus on providing more personalised experiences, offering benefits such as flexible check-in and check-out times and the ability to use mobile devices to check-in, order room service, make payments and more.

Travellers will also benefit from car hire and transfer suppliers improving their service delivery and product offerings while investing in new technology to make their service more competitive. Hertz Flexicar, for example, is an innovative car-sharing service now available in Melbourne, Sydney, Brisbane and Perth. Registered Flexicar members can access a fleet of share vehicles and pay a lower, all-inclusive hourly or daily rate.

Ultimately the sharing economy is giving business travellers more options and autonomy than ever before, along with the on-demand services that today’s consumer has come to expect. Younger travellers, or so called ‘digital natives’, are particularly attuned to having their needs met by fingertip access to apps that book, organise, plan, deliver and generally find real-time solutions to facilitate both their work and rest while travelling for business. The good news is that options that streamline the travel process also increase traveller satisfaction – and it has been shown that having happy travellers leads to improved travel policy compliance, staff retention and performance.