Big Ideas Shaping the Future of the Meetings & Events Industry

Big Ideas Shaping the Future of the Meetings & Events Industry 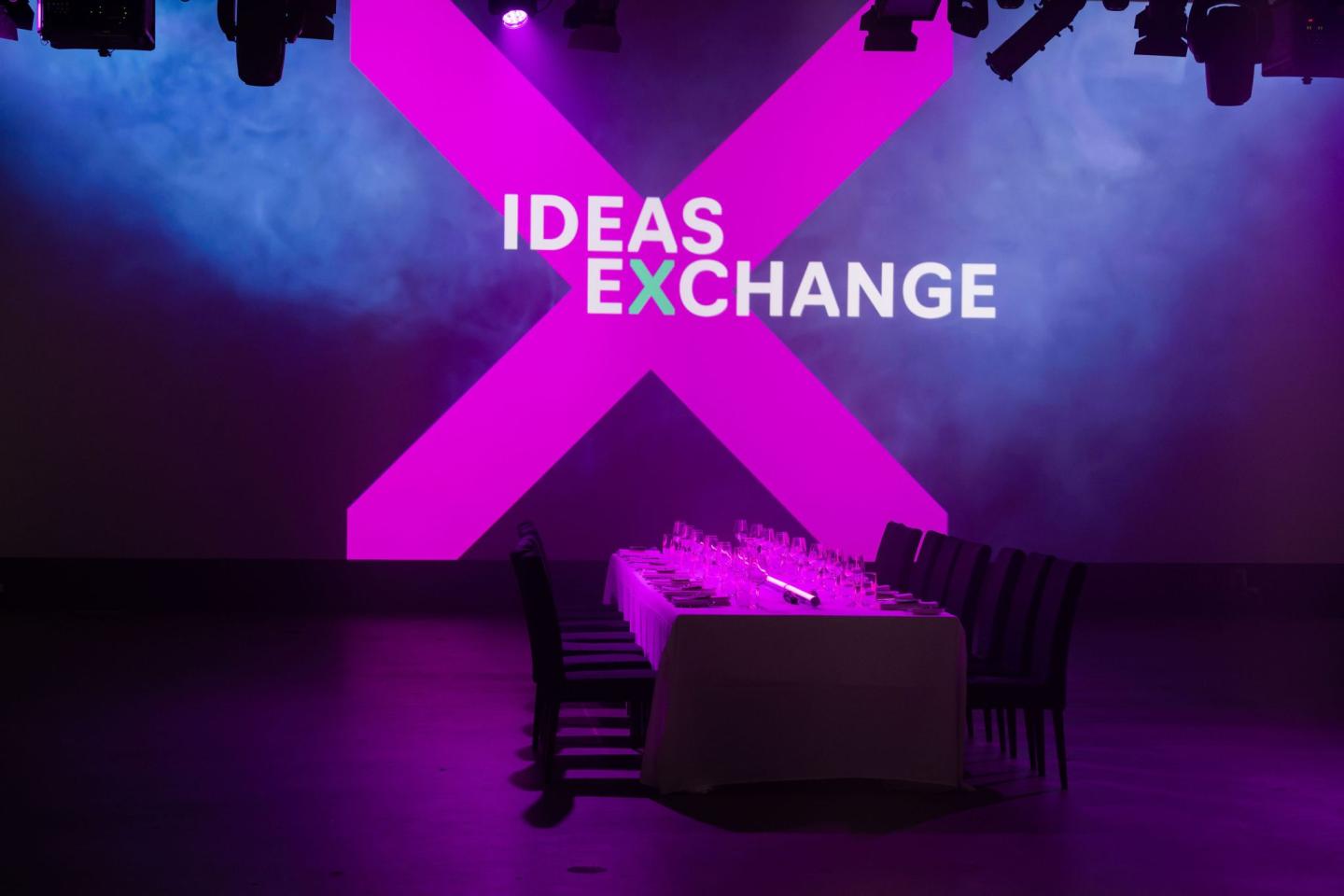 Picture an intimate dinner for 15, with a long rectangle table set up in the middle of a large warehouse. The table is surrounded by white pin-spot downlights and smoke, which encloses the space in a cubed barrier. A 16m by 3m projector screen sits at one end of the space. People’s voices are amplified and atmospheric lighting signal when to eat and when to talk.

A face-to-face dining and discussion, which connected MICE industry suppliers and customers for an evening of idea sharing and conversation about the future of the meetings and events sector. 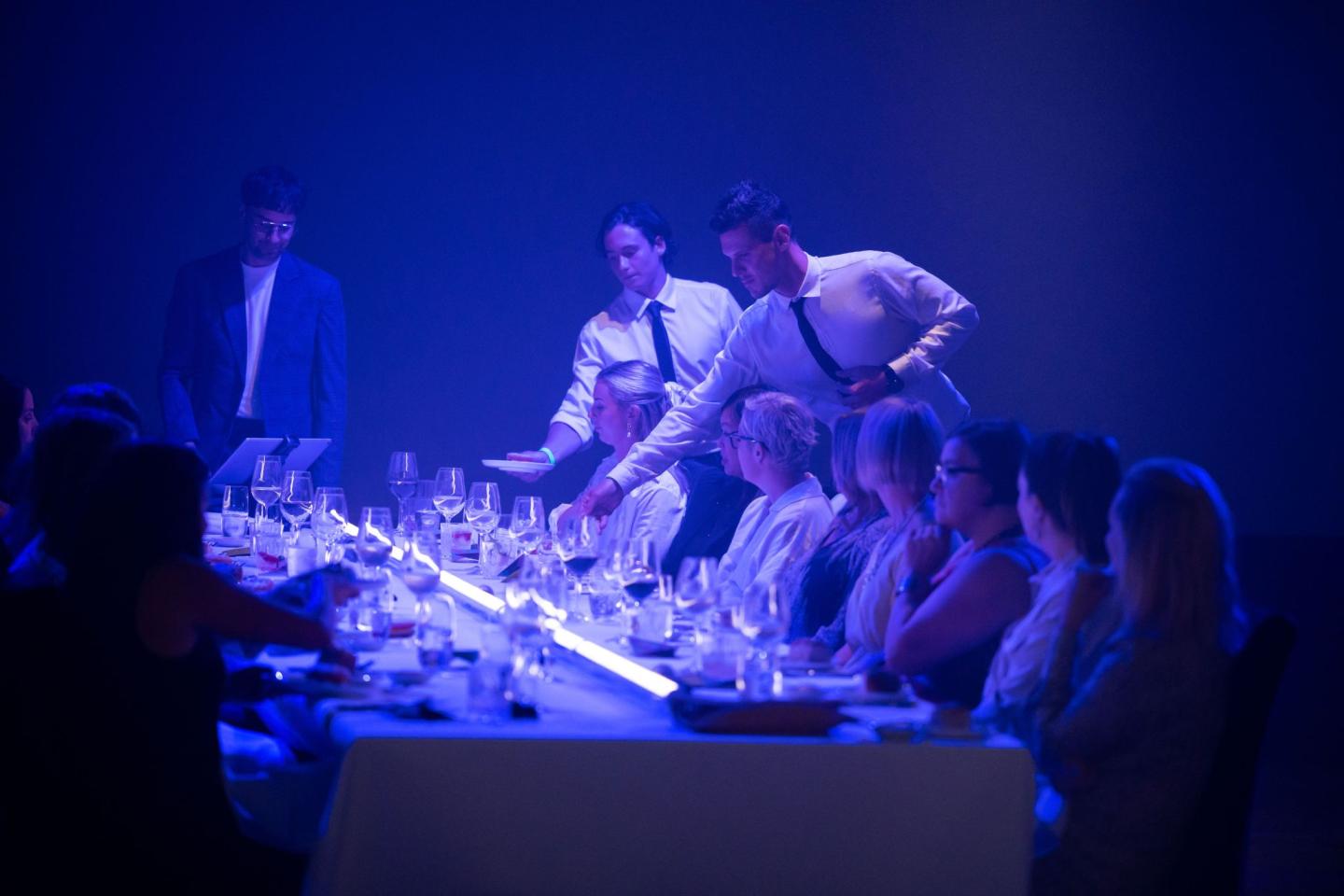 Creative Producer for the event, David Twyman created the physical environment and guest experience. This was a journey that no-one at the table had experienced before.

“We picked the location at The Venue in Sydney because it was a large warehouse. We set up a dining table, like what you would see in a family room in the middle of the space,” David said.

“The idea of an intimate dinner set against the vast warehouse provided an opportunity to do something different. The contrast between the small group of people against the expansive warehouse backdrop was a perfect metaphor for capturing an intimate night full of big ideas.

“The evening was divided into three separate chapters. Each chapter had its own discussion topic, culinary and guest experience. White LED strip lighting down the centre of the table showcased the menu and when it came to question time, the lighting changed to reflect the colour pallet of the content on the screen.” 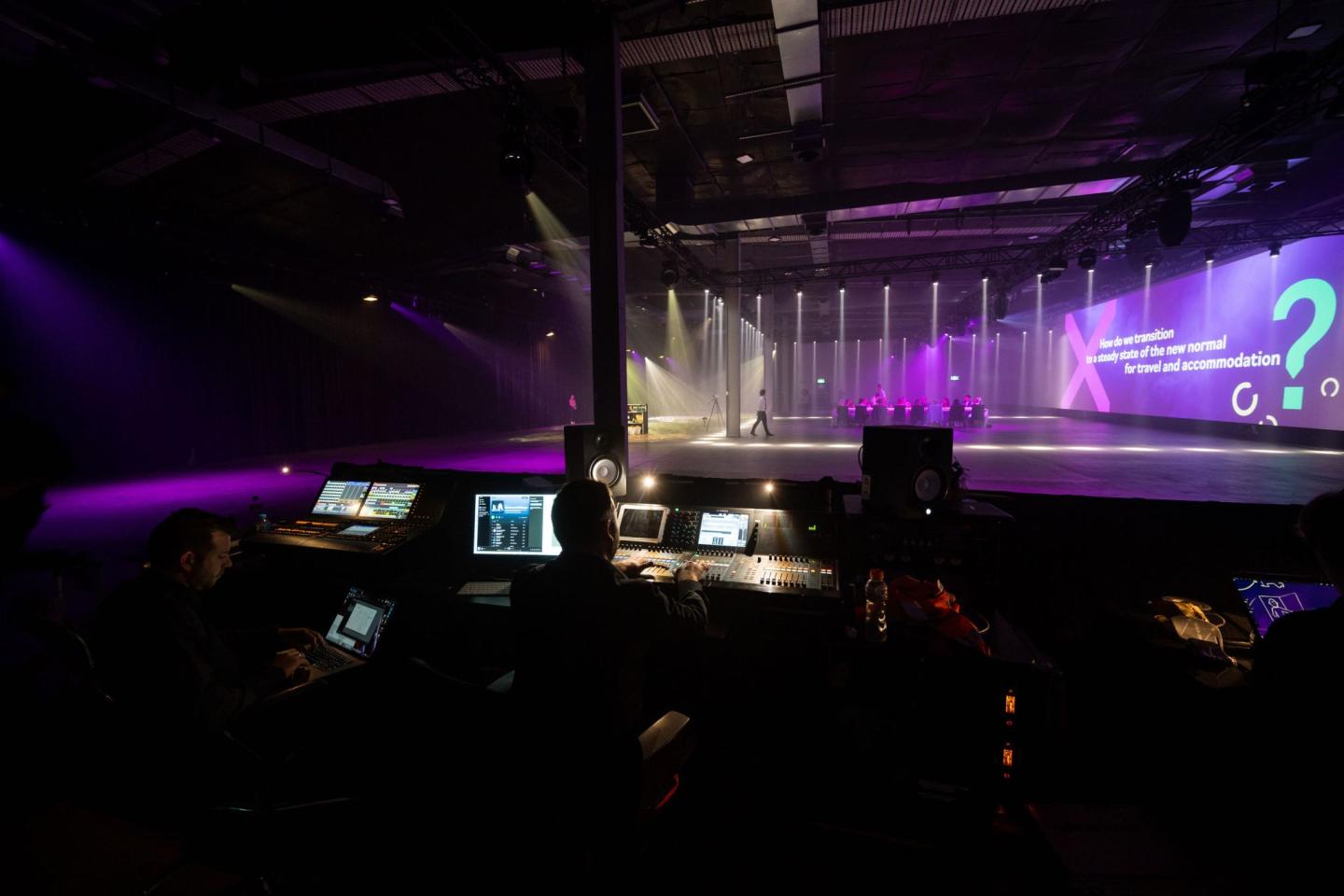 Questions posed to guests were projected onto the screen as fuchsia pink, emerald green and butter yellow lighting signalled it was time to down cutlery and start conversation in each session.

The event focused on key topics that guided the conversation over a three-course meal. Guests were asked: 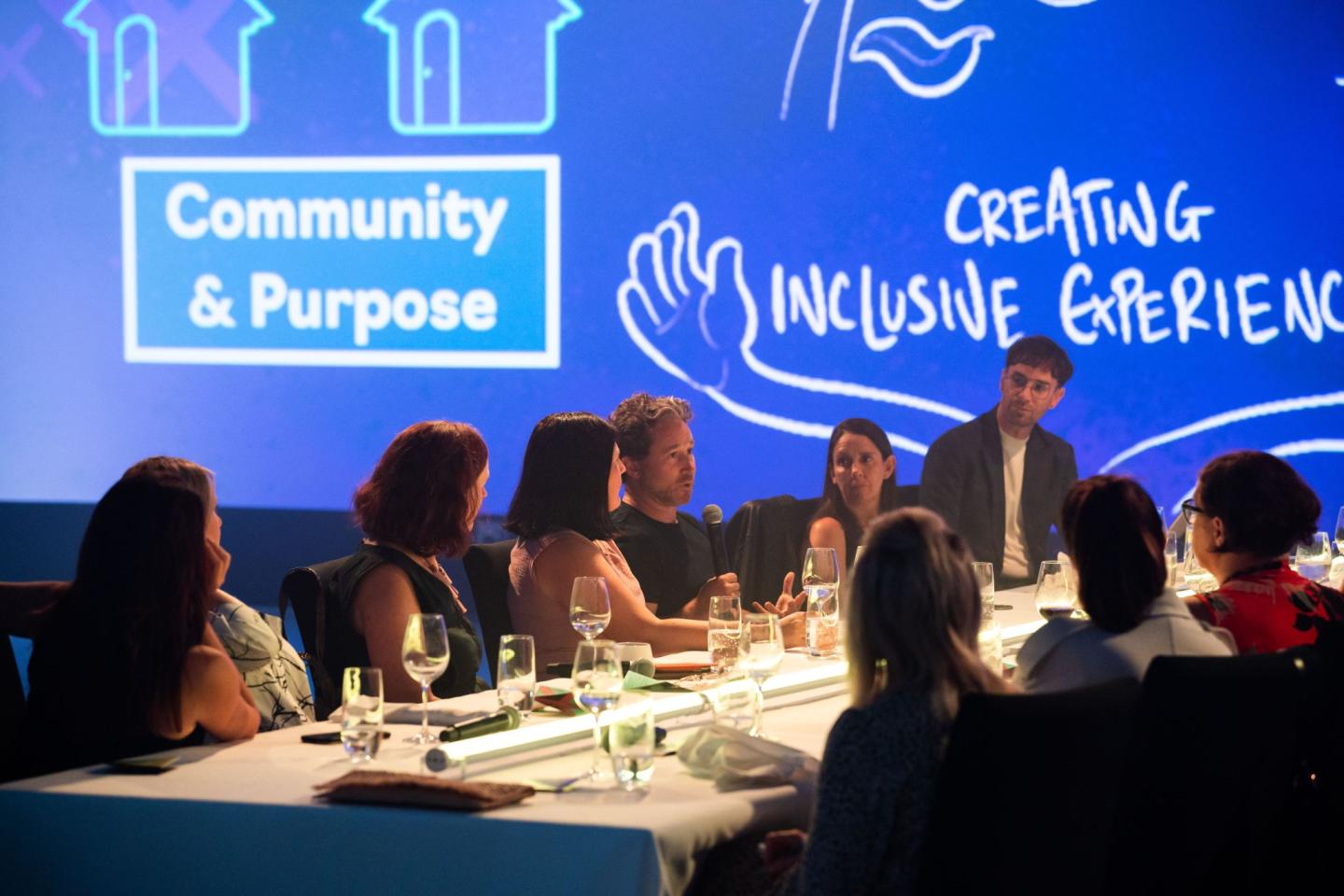 “Sometimes it can be challenging to come up with pictures on the fly, but it was quite a lively conversation, which made it relatively easy to capture the conversation as it flowed,” Bill said.

He said a key part of his role in live-scribing an event was to listen closely to what was being said, evaluate what was relevant and give visual context to the conversation.

“The set up was incredible. Natural discussion is hard to capture as you really need to be listening in close to people’s conversation. But the audio setup helped to amplify what people were saying making it much easier to scribe during the night,” Bill said.

“It’s a fine balance between capturing the relevant information and keeping it fun and engaging. Obviously, you want to capture the important points clearly. But if someone tells a story about something embarrassing their dog did, I have to draw that too.”

Ready to plan your next event without the risk? Talk to us today. 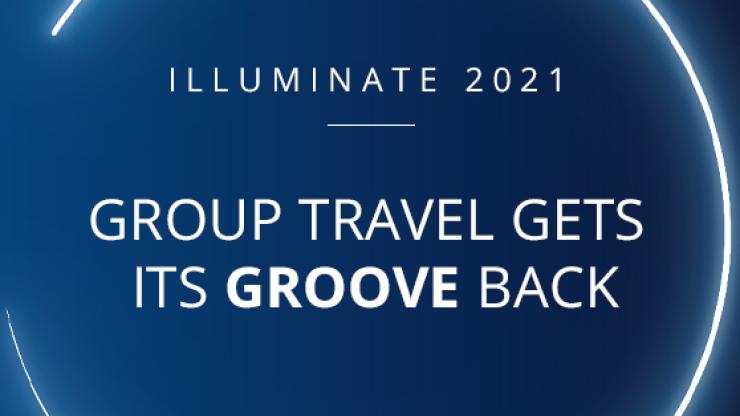 Group travel gets its groove back

Small group events in intimate venues are drawing the crowds.
Read more about Group travel gets its groove back 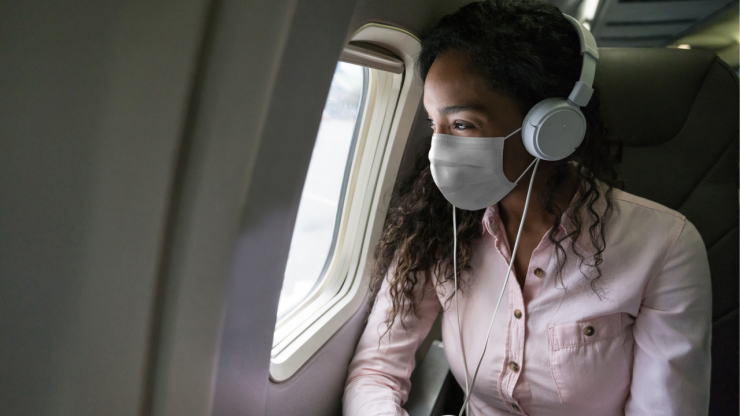 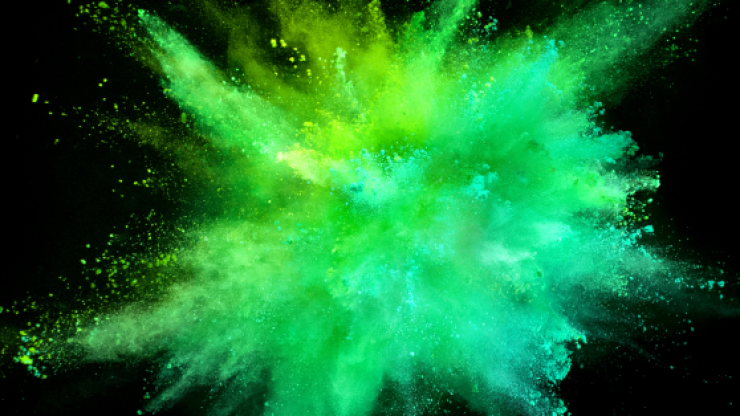 Events industry under the pump

A spike in meetings and events in 2022 is putting a squeeze on domestic availability.
Read more about Events industry under the pump