Our FCM National Management Team is comprised of dedicated leaders who are passionate about business travel management, travel technology, and delivering a high level of customer service across the globe. 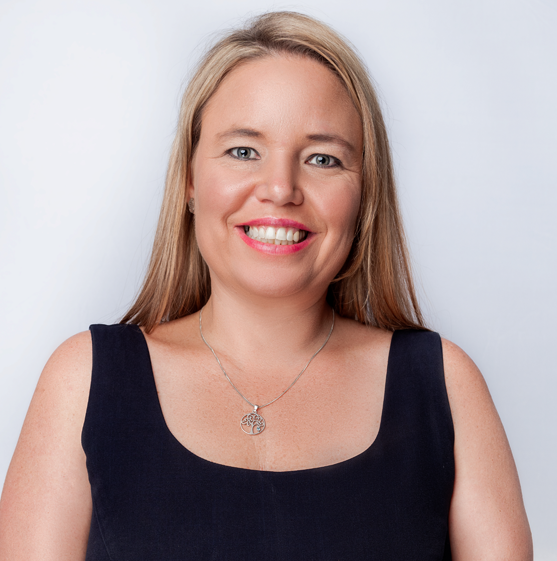 Bonnie started her career as a travel consultant way back in 2004 in various stores before moving to New Zealand, where she held various roles in Leadership, L&D, and technology projects. Bonnie relocated back to South Africa in 2011, where she area lead Retail and Corporate Traveller. In 2015 Bonnie was promoted to National SWOT as GM of Technology and Projects. Bonnie has excelled in all her various roles she has held across the company over the past 16 years. Bonnie has demonstrated a vital ability to create a strong following. She is a sound businesswoman who has shown excellent negotiation skills with our 3rd party suppliers over the years. Bonnie is dynamic and very tech-savvy, something that will complement the brand's DNA within the future. 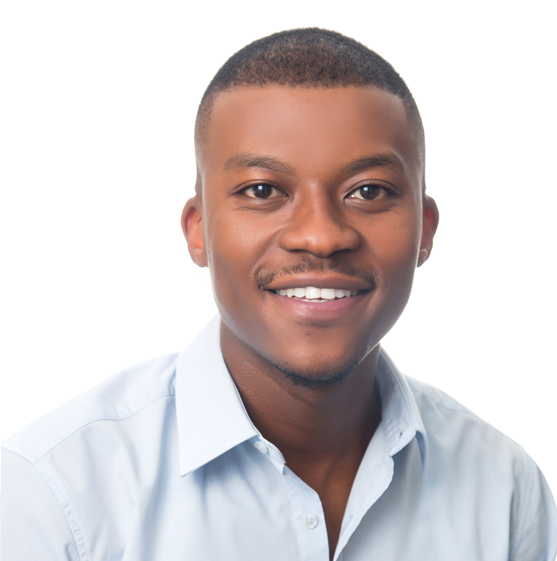 With over 7 years' travel industry experience in both B2C and B2B marketing, Lance has a keen understanding of the traveller buying cycle, which he is able to flawlessly translate into tangible actions and successful marketing campaigns. As leader of the corporate marketing team at the Flight Centre Travel Group in South Africa, Lance works closely with the company’s global executive teams. He holds a Bachelor Degree in Science with a double major in marketing and management. 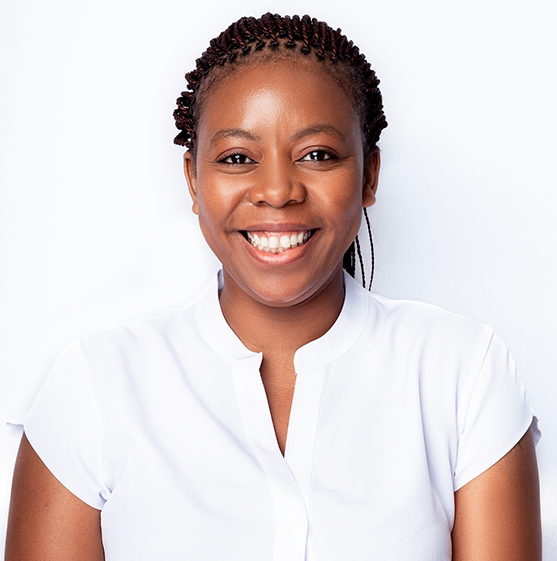 With a range of skills in sales, communication, travel and marketing, Mummy brings with her twelve years of travel industry experience. She began her travel career in 2006 as a junior travel consultant at Abercrombie and Kent, and after learning the ropes she was promoted to an intermediate consultant. From there, she moved to Steinhoff in-house, where she worked as an intermediate consultant, as well as a travel coordinator and sales administrator for the FIFA Match department. In 2011, Mummy moved to Travelport, where she used her travel background in her new role as a sales and marketing coordinator. Mummy joined the FCM team in May 2014 where she motivated her team and colleagues around her and worked her way up to her role as Area Leader in 2018. Mummy is a team player, and her favourite part of her job is interacting with the variety of people she works with on a daily basis. 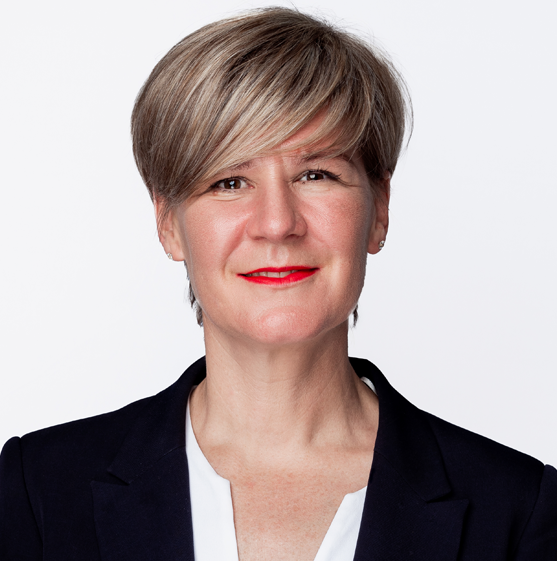 Leader of Sales and Retention

Raylene brings over 13 years of experience, knowledge, abilities and creativity to help identify growth and development opportunities for FCM customers. Starting off with the FCT G family in 2005 as a travel consultant, Raylene moved up the ladder to Client Relationship Manager in 2009, National Account Manager in 2010, Global Sales Manager in 2013 and General Manager of Corporate Traveller in 2015. Raylene’s strong business and commercial acumen coupled with a firm understanding of the travel industry feeds the strategic thinking required to make a valuable difference to the customers she services. Lebogang Ntoagae brings a wealth of knowledge in supply chain and content distribution boasting 17 years of industry experience. Having led successful teams in leisure, corporate and product, Lebo is driven by engineering compelling content strategies for business travellers and procurement managers alike, delivering an ROI to all stakeholders in the business ecosystem. Recipient of the FCTG Africa Leadership award in 2019, her approach to travel programs is focused on the balance between saving opportunities and duty care. Currently leading the corporate supply chain team for FCM Travel Solutions South Africa, her key stakeholders for customer success include key account management and new business development. 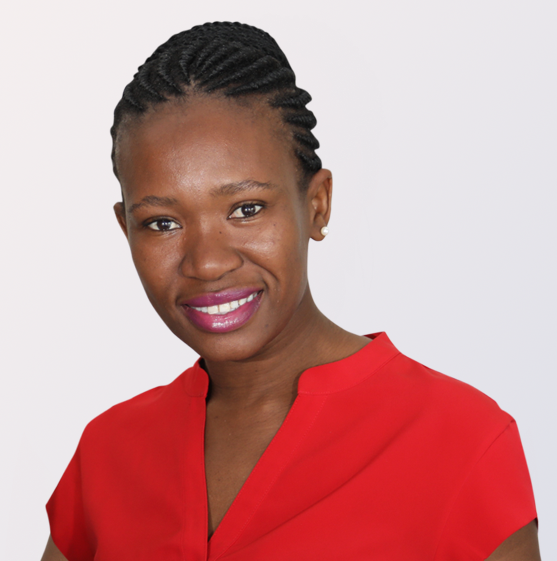 Refilwe began her career as a junior travel consultant at a small independent company, Alphabet Travel, in 2009. When an administrator role on the Estee Lauder account at FCM became available, she decided it was time to elevate her career within a multinational company. Ambitious and motivated to grow, Refilwe soon moved up the corporate ladder: from administrator to senior consultant to team leader in the space of a few short years. A true team player and resourceful problem solver, Refilwe brings incredible value to the FCM team and to her clients thanks to her strong communication skills and her approachable manner.

Our FCM Global Management Team is comprised of dedicated leaders who are passionate about business travel management, travel technology, and delivering a high level of customer service across the globe. 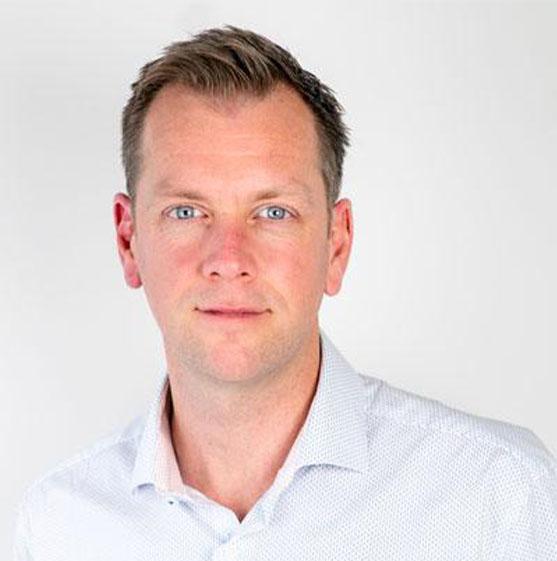 With a depth of experience in the travel industry, Marcus brings a wealth of business, operational and industry knowledge to his role. Marcus oversees the continued development of FCM's global sales, account management and brand strategy. As FCM's global leader, Marcus works closely with the company's global executive team as well as with the regional managers of FCM's operations in the Asia-Pacific, Americas, Europe, Middle East and Africa regions. 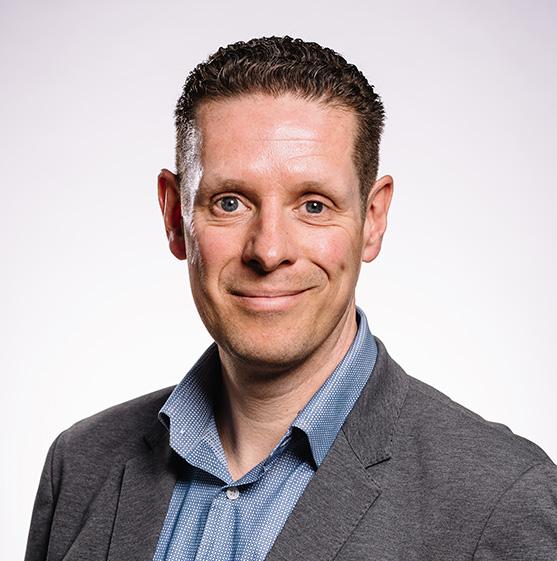 As Global Sales Leader, Alex is focused on strategy development for FCM's global sales team. He oversees the global coordination and management of FCM's multinational sales pipeline and works closely with regional sales leaders to strengthen the company's global sales platform and multinational client growth across the network. Alex brings almost 20 years of experience in the travel, tourism and sales industries to the role. 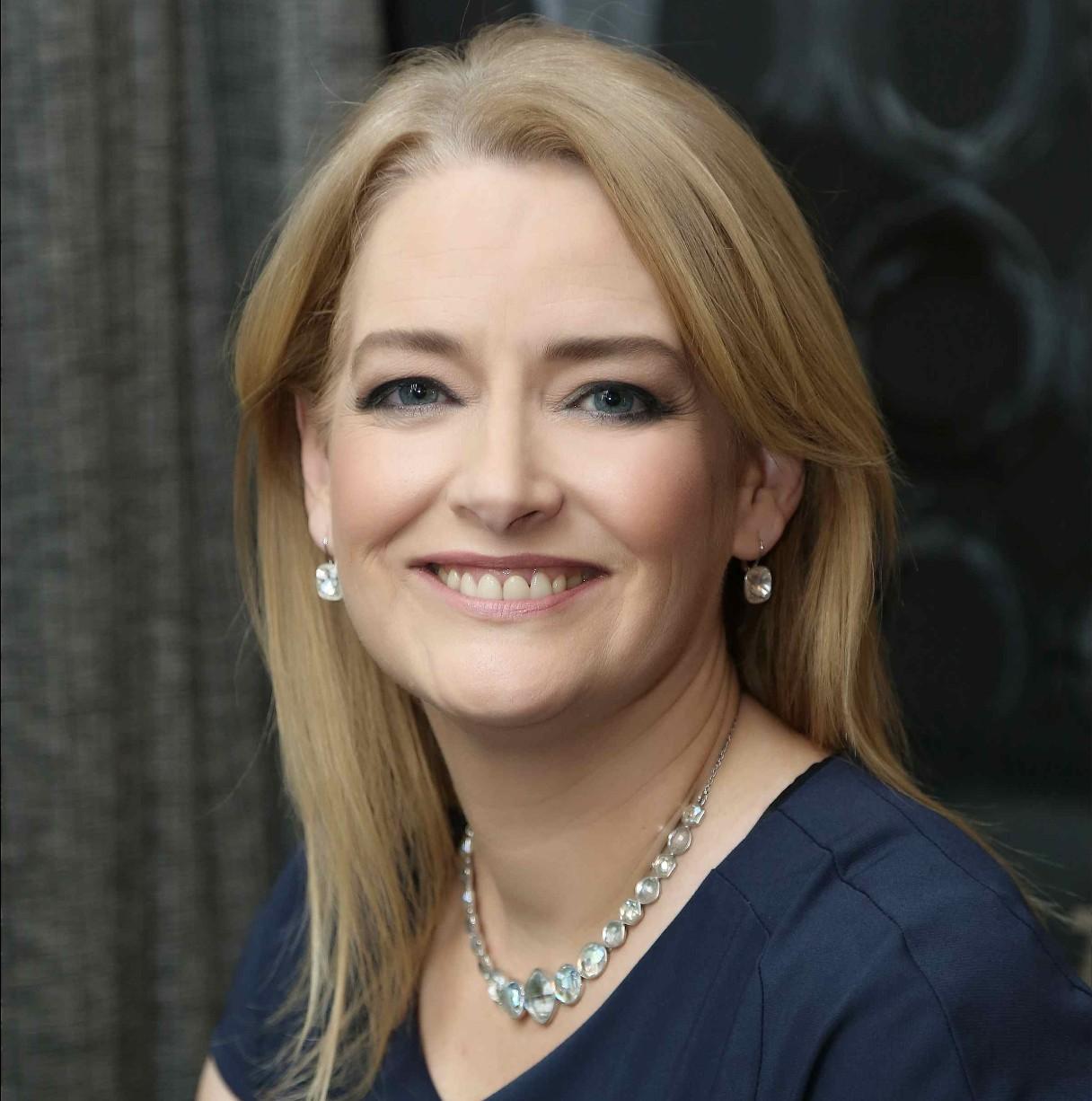 Jo has been in corporate travel all through her career, and has gained extensive knowledge and experience across a number of sectors within it. Working in a TMC environment for over fifteen years is where her knowledge and influence was developed as an innovator in developing preferred supplier managed programmes. Jo then moved to numerous interim consulting roles from ACTE as Regional Director for EMEA where she focused on industry education to setting up the Global Corporate Sales department for Qatar Airways in Doha before founding Nina & Pinta Consulting Services. Nina & Pinta was a consulting firm specializing in the travel space with 2 distinct divisions. Jo’s consulting projects at Nina & Pinta ranged from working with corporations in procurement on corporate travel programmes focusing on programme efficiency and optimization to developing training workshops that include sales effectiveness, negotiations training and working with procurement. Jo has also written numerous white papers in conjunction with the UK Business Travel Association on TMC pricing and RFP processes. Jo joined FCM Travel in October 2021, and from January 2022 Nina and Pinta will also integrate into the FCM business. 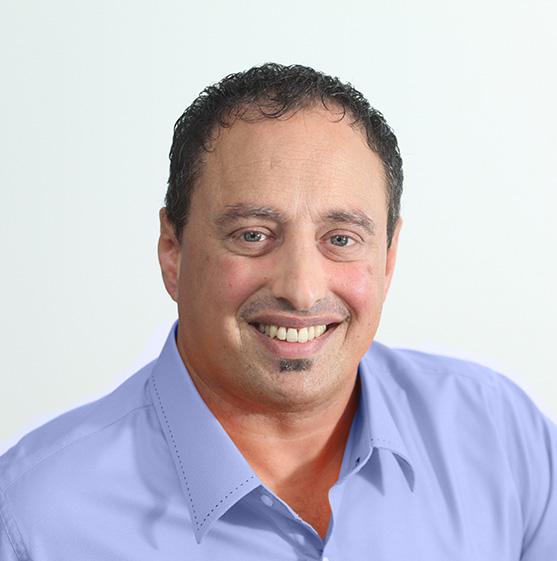 Michel’s extensive 20-year career in the travel technology industry spans diverse roles in research, development, product management, solution design and sales at multi-national technology organisations such as Oracle and Amadeus. Michel has a vast knowledge and understanding of the travel technology industry, and practical experience in planning and delivering modern complex solutions to customers both large and small. He joined FCM in 2017 as Chief Technology Officer, rising to VP Global Customer Solutions in early 2019 and charged with delivering first class solutions to new and existing enterprise level customers. Michel is now Chief Product Officer for the business globally, focussed on delivering innovative customer focussed technology product. During his time at FCM he has played a key role in helping position the TMC as a technology leader in the travel management space.

Paul’s career with Flight Centre Travel Group began in the UK, where he held the role of group CFO for the UK for several years. Paul took the role of Global Corporate CFO in 2020, just before the onset of the global pandemic, where he had a central role in ensuring FCM and its sister corporate brands were successfully steered through this challenging period. 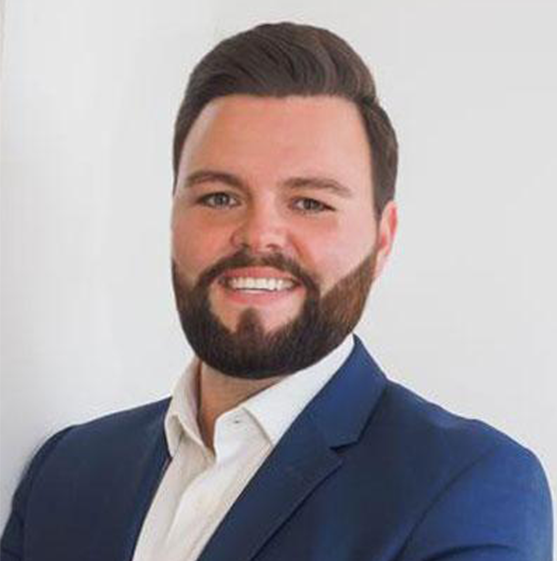 Scott has been in the business travel industry for over 4 years and comes from a string of key marketing positions within the Private Healthcare, International Auctioneers and Charity sectors. Scott is responsible for managing FCM's marketing strategy, global marketing, communication and public relations activity. Scott will be responsible for ensuring the continued growth and consistency of the FCM brand in all markets that we operate. 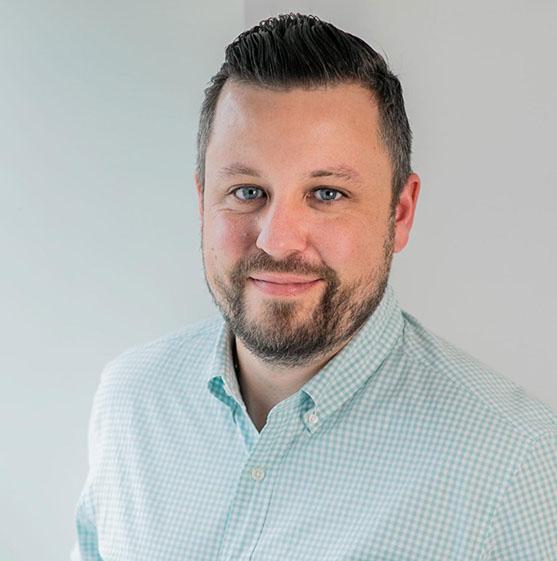 Shaun’s experience in the travel industry spans more than 15 years, with extensive experience across product, change management and in leadership roles. As Global Implementation Director, he oversees FCM’s strategy, processes, and teams from the moment we onboard a customer through to how we service them operationally. Shaun holds an MBA from Murdoch University in Australia. 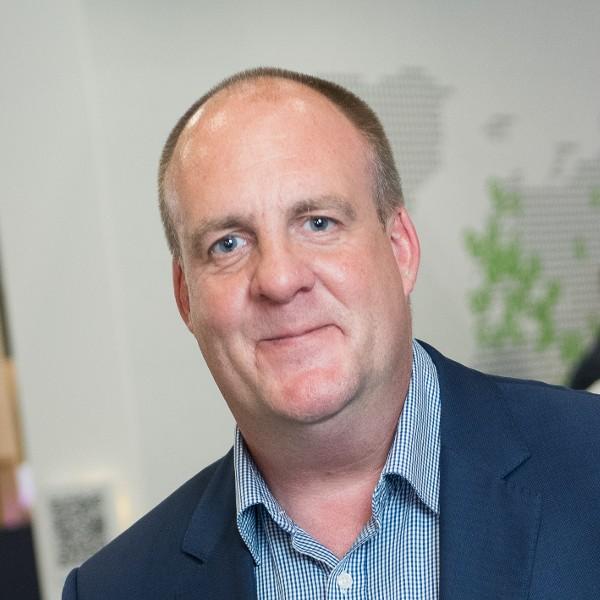 Having worked in business travel for over a decade, Andy was appointed to the newly created role of FCM Managing Director for UK and Ireland in 2022, after 5 years leading FCM’s sister brand Corporate Traveller in the UK. Andy brings with him a wealth of experience from previous roles in business development, account management and operations. Andy’s focus is delivering a superior customer service experience that clients won’t receive anywhere else, and offering products and services to simplify business travel. By listening to individual needs, Andy believes we can help our clients to drive their business objectives. 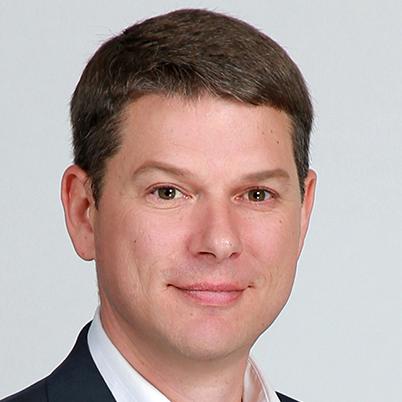 Bertrand is the Managing Director for the Flight Centre Travel Group in Asia, after being in the role of General Manager for FCM Asia since 2015. Bertrand started his career in the telecom industry in Europe working for Orange and then moved to the aeronautical giant Airbus to lead the sales and marketing department of their IT division. He held multiple global management roles within Amadeus, an IT leader of the travel industry before joining FCM. 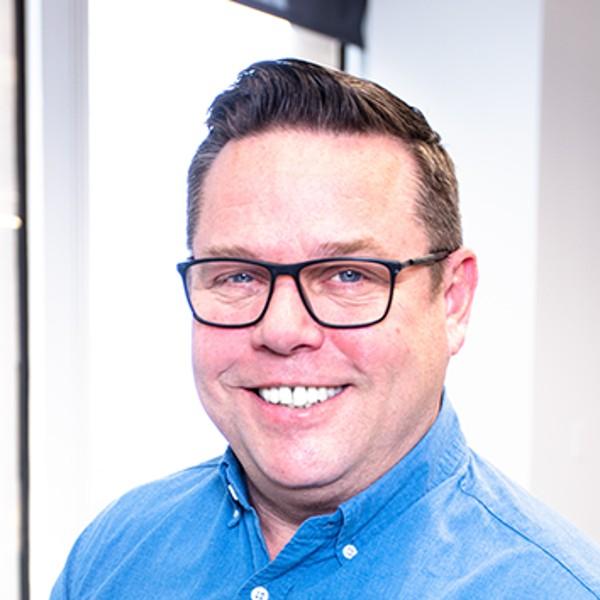 In Billy’s 20+ years with the company, his colleagues have consistently applauded his collaborative approach that has resulted in tight-knit, hard-working, successful teams who appreciate his leadership. As FCM’s President for the Americas, Billy implements successful operational, account management and BDM team-based structures for the entire region. 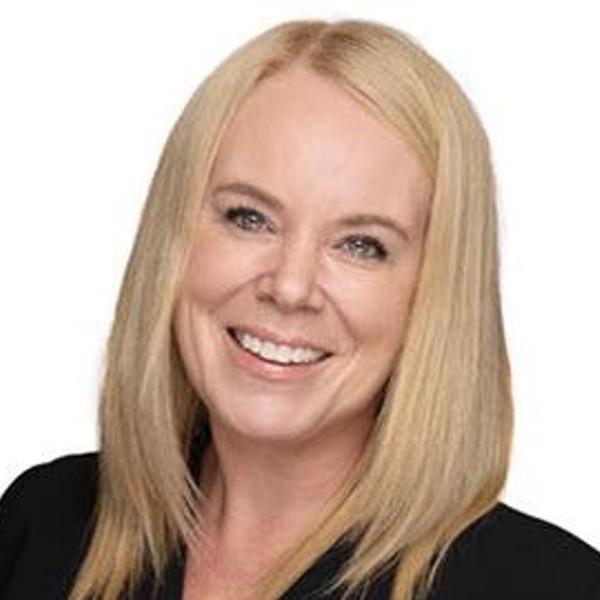 With her unbridled energy and enthusiasm, few people can keep pace with Melissa, let alone boast the depth and breadth of experience she has gathered her 25+ years in the travel industry. She brings a solid understanding of best practice across multiple industry sectors and their travel programs. 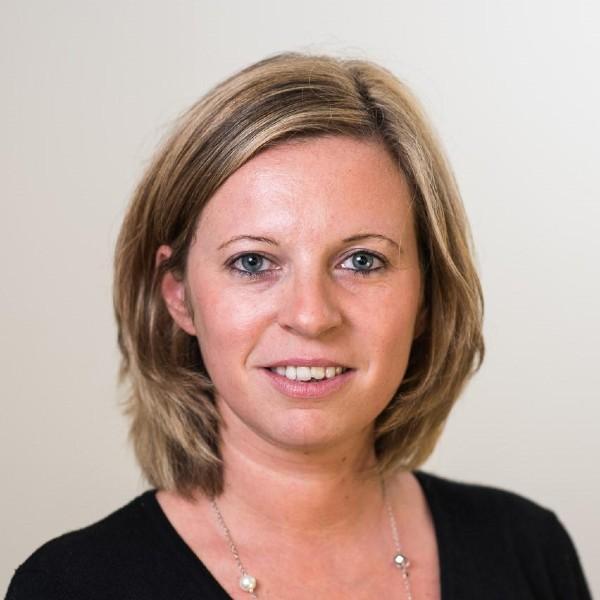 Solenn started her career in 2003 as a leisure travel agent and kept evolving to finally join FCM in 2015. First in charge of customer service, then operations manager, Solenn is appointed in 2019 as General Manager of FCM France and Switzerland. Thanks to her energy, experience and perfect knowledge of the business travel industry, Solenn brings all the necessary expertise to enable FCM to continue its development in France, Switzerland and Spain and is a true source of inspiration for the teams.