China is preparing to open the world’s largest airport terminal, Beijing Daxing International Airport. What can business travellers expect from this new gateway to the world’s second largest economy? 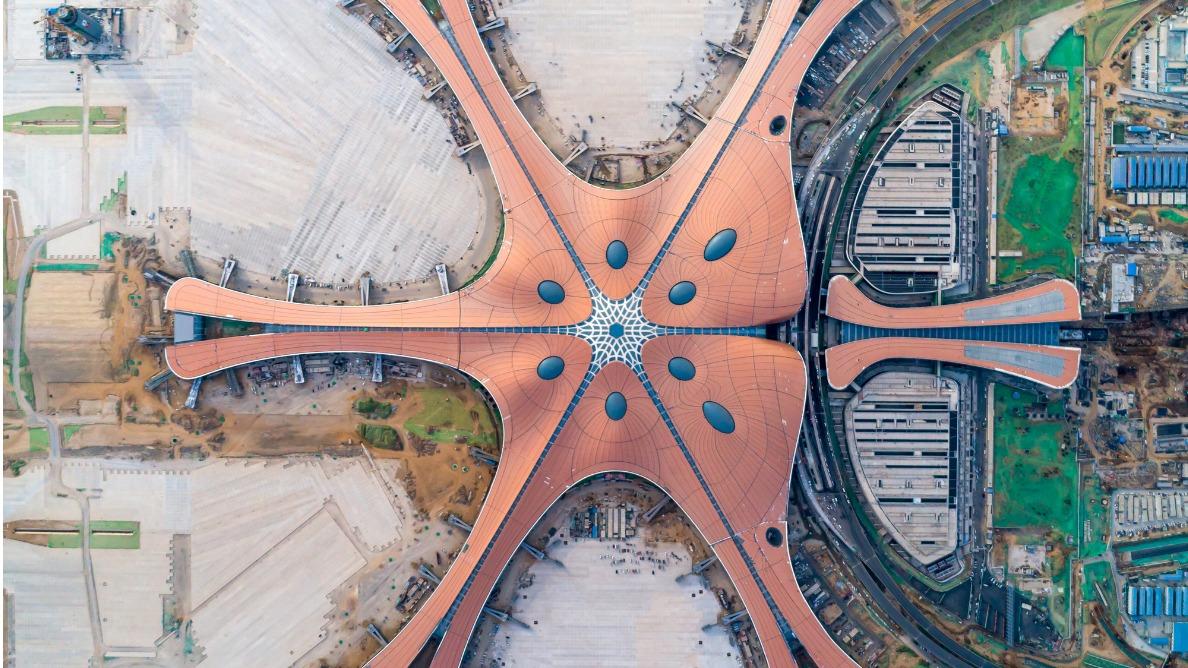 Located 46km south of Beijing, the vast new airport will ultimately count seven runways, and is expected to handle:

The new airport will make Beijing the second Chinese city, alongside Shanghai, to boast two international airports. Shanghai is already planning a third, rumoured to be at Nantong. These two facts underpin how crowded China’s skies are becoming.

A second Beijing airport has long been planned, but the right location proved elusive. That’s because China is planning for the long term. Beijing Daxing needs to be large enough to ease chronic congestion at Beijing Capital International Airport (BCIA), and meet eye-watering future predictions for air travel.

IATA predicts China will overtake the US as the world’s biggest air market by 2022. Growth is being driven by Chinese airlines, which have more than doubled their international passenger traffic in the past five years, says the Centre for Aviation. In 2018, 29 Chinese carriers operated international flights, up from 12 in 2014.

Which Airport is My Flight?

Full details of the route map are yet to be published, but Asia Pacific destinations will likely account for a high percentage of flights from Beijing Daxing – offering much-needed new options for business travellers. The overcrowded BCIA has operated at full capacity for many years, and this has stymied airlines from launching new routes and frequencies – plus onward flights to emerging business destinations in China.

This situation dates back over a decade. Opened for the 2008 Beijing Olympics, the Norman Foster-designed Terminal 3 at BCIA boosted annual capacity to 85 million. However, aviators courting Chinese travellers quickly ate up the slots. With 105 airlines flying to 160 domestic and 136 global destinations, BCIA handled over 100 million passengers in 2018. There is simply no space to grow!

With two airports to choose from, checking flight tickets carefully will be crucial from next month. Approximately 40% of flights at Beijing Daxing will be assigned to China Southern Airlines, and 30% to China Eastern Airlines – and both have said they will transfer some flights from BCIA to Beijing Daxing. Air China, regional Chinese airlines and global carriers may – at least initially – offer services from both airports.

From 5G to Electronic Tags

Considerable media attention has focused on the distance of Beijing Daxing – which is, in fact, located in Hebei province – to the capital. Access to the city will be expedited by a new highway, as well as China’s fastest subway line. While not as rapid as Shanghai’s Maglev, the 160kph link will travel at twice the speed of Beijing’s subway trains – connecting travellers to/from the capital’s Caoqiao station in 19 minutes.

Once inside the terminal a raft of digital innovations are promised, including wireless 5G. In June, China awarded 5G network licenses to China Mobile, China Unicom, China Telecom and China Broadcast Network – and designated Beijing Daxing as a priority 5G service location.

With around 4 in 10 flights at the new airport to be handled by China Southern, passengers will also enjoy the benefits of electronic luggage tagging. In August, China’s largest airline introduced BAGTAG, a reusable electronic device developed in the Netherlands to replace the single-use paper suitcase label. Check-in is completed via a mobile app, and suitcases are deposited at a bag-drop kiosk.

Considered a major landmark in the nation’s aviation history, Beijing Daxing will be opened with considerable fanfare befitting a new era for air travel in China, with business travellers having much to look forward to.